The Convergence Of Console And PC For The Next Gaming Generation

As someone who has watched this industry grow from pinball machines to virtual reality headsets, I’ve always tried to be keen on the trends that lead up to the next gaming generation — the next big technological breakthrough. I consider myself a battle-hardened soldier in the game of tech. And it’s interesting to look at the industry and predict the next big thing like a prophet. While some may not see the convergence of console and PC gaming as a big thing, those same pundits proclaimed that consoles were not PC’s and never will be.

I always viewed the console as a mini-computer that plays games. It became more prevalent during generation 7 when the Xbox 360 and PlayStation 3 not only had the options of browsing the internet and video chatting but for the first time on consoles you could stream video from Netflix.  While their architectures were not anything like the PC, most if not all of the game development was being done on PCs.  On top of that, the first cross-play games like Shadowrun and Portal 2 were introduced in generation 7.  This was a sign of things to come.

If Xbox 360 and PS3 could both cross-play with PC, why couldn’t they cross-play with each other?  Multiplayer gaming is just a system of exchanging small data packets to relay position, collision detection, scores, and stats.  In order for cross-play to work seamlessly across all devices, something had to change.

Sony was stubborn about creating their own unique hardware architecture.  This usually meant developers had to learn a whole new system every generation.  Most of the 3rd party developers hated the Cell architecture of the PS3 and for good reason.  It was archaic to seasoned developers who wanted to use established tools, engines and standards to make their games.  Valve’s Gabe Newell said, “Investing in the Cell, investing in the SPE gives you no long-term benefits.”  Sony was pushing developers to invest in a system that would be obsolete by the start of generation 8.  So why bother?

Since 3rd party developers didn’t want to learn to fully take advantage of the Cell architecture, multi-platform ports on PS3 would sometimes suffer.  For instance, Bayonetta was developed by Platinum Games for the Xbox 360 and later ported to the PS3 by Sega.  It ran at half the frame-rate of the Xbox 360 version and even the later released WiiU version had nearly double the fps.

This current generation of gaming brought some welcomed changes.  Streaming to Twitch, Youtube and later Mixer, were now a part of Sony and Microsoft’s ecosystem.  These new features enabled any gamer with an internet connection to stream their game play,  without the need to purchase extra hardware.  More importantly, gen 8 started the convergence to PC gaming.  Both the Xbox One and PS4 were now X86 based and were using the same AMD chip-sets that you were finding in PCs.  This made development a lot easier and allowed for a cleaner transition into cross-platform gameplay.

Microsoft was fully on board for Xbox to cross-play with PlayStation. Sony was hesitant at first, but after pressure from gamers and developers, they gave in. You now have popular games like Fortnite, Rocket League and Call Of Duty with fully-fledged cross-play systems. This change came close to the end of the generation, even though developers knew the systems were capable back in 2013.

Nintendo even joined the foray and worked with Microsoft to have Minecraft cross-play enabled with Nintendo Switch. With similar architectures, we saw PS4 and Xbox One releasing more powerful updates to their console hardware. Instead of just shrinking things down, we also got 4K Blu-ray playback in the Xbox One S, and a complete beast of a system refresh with the Xbox One X and the PS4 Pro. These updates not only added more features, memory and faster GPU’s, but they also gave us a glimpse into the future.

With Sony and Microsoft upgrading their consoles every couple of years, the development of the next-gen PS5 and Xbox Series X will be much faster and streamlined. Consoles are now more like cell phones! There’s no need to go back to the drawing board and develop custom chips and a completely different architecture than last gen. They could beef up the ram, use SSD’s, upgrade to faster GPU’s and the latest and greatest version of their console is born. This method would also insure that all games are backward compatible…just like on PC. All of this thanks to the X86 standard of computing.

Have you seen the Xbox Series X? It kinda looks like a PC tower doesn’t it? 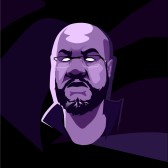