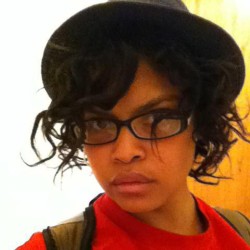 Dana Abercrombie Entertainment Editor / Media Liaison Former genius and a woman of mystery and power, whose power is exceeded only by her mystery, Dana Abercrombie has been watching movies since birth (yes birth...we did say "genius"). Despite her secret desire of wanting to give it all up to become a gorgeous billionaire, Dana is most passionate politics about movies often times getting in many heated debates resulting in being thrown out of many gatherings. Despite having a degree in English AND Journalism (multi-tasking FTW!) from the University at Albany-SUNY, she is currently interested in perusing a degree at Yale Law School, because one should never give up on a dream of becoming a gorgeous billionaire...and knowing how to sue someone as a result of those heated debates.
Posts by Dana
Reviews by Dana
Videos by Dana