The Last Tinker: City of Colors Review – A Vibrant Hit

A charmingly beautiful game from start to finish

From the loading screen, you immediately notice that The Last Tinker one bright and colorful game. The whole premise is based on the separation of colors. Once upon a time all  of the colors lived together in peace and harmony and as the years  progressed society fell apart and the colors of Colortown allowed their differences to come between them.

An evil entity known as the Bleakness capitalized on the weaknesses of each group and has begun turning their world into a frozen grey wasteland. Without all of the the various colors of Colortown working together they will never defeat this Bleakness so it’s up to Koru and his companion to help the colors remember who they really are.

You play as the only humanoid looking  character, Koru, that lives in the outer skirts of town and don’t participate in  any of the in-fighting. Koru is tinker and uses his skills in various  ways to help the people of Colortown and its spirits of red, blue,  green and eventually purple to overcome their differences to help save  themselves from the bleakness. Each time Koru helps save a spirit color he unlocks the use of their power, which makes him even more powerful when it comes to fighting the various monsters that come from the Bleakness.

Along with colorful powers, you also have an occasional sidekick that happens to be a mushroom that can stomp, crush, shrink, blow up, along with many other things. As you continue to play you see the difficulty of the enemies increase but you also have the ability to buy upgrades to your various powers so things tend to balance out.

The Last Tinker has full controller support and makes use of a bit of everything to keep it from becoming monotonous and stale without making it messy and over complicated. There are moments when you get platforming challenges, adventure puzzle challenges, and then just general third person action fighting.

The game mechanics gradually build upon themselves, which gives anyone playing a chance to become comfortable with a mechanic before something else is presented. The save points can be a bit spread out at times but they are fair and consistent the placement.

Bottom Line: This is a cute action adventure game that is bright and colorful that the entire family can enjoy. I think, if anything, this game can teach everyone that it’s okay to embrace our differences and help one another. I’m not sure if this game was intending to make any type of social statement but I just can’t ignore the main narrative; I may be reading too much into this game but that’s what I took away from it.  Lastly, how can you simply not enjoy a game that says, “let’s punch some color into their faces”?

This review is based on a retail copy of The Last Tinker: City of Colors for the PC which was provided by the publisher.

The Last Tinker: City of Colors
81%
Great
Review Scores Explained
About The Author 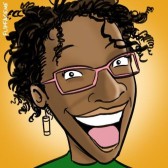