A stealth-based adventure game worth checking out.

Thief of Thieves is by far one of my favorite comic book series. If you question that statement all you need to do is watch an episode of Throwdown and look at the wall behind me which is full of framed comics. Issue number one is proudly hanging on the left. In 2012, Robert Kirkman (creator of The Walking Dead) released this stylish, quick thinking series via Image comics.

Thief of Thieves takes many cues from films like “Ocean’s Eleven”. Conrad Paulson (aka Redmond) is a master thief who along with his team pulls off some amazing, over the top heists. The main characters have depth and complex backstories which blends well with the constantly changing moral dilemmas. I have to admit that I was a bit surprised when this game was released back in July 2018 on PC with little fanfare. However, I think Thief of Thieves: Season One might be a good fit for the Nintendo Switch so let’s get into this review.

Thief of Thieves is an episodic game and season one consists of four episodes. You play as Conrad’s protégé Celia, a quality thief/cat burglar assigned to steal specific items from some challenging locations. Right from the beginning, you will see the high level of polish in the art and audio department. Celia, as well as all of the NPCs, are beautifully voice acted. You may even recognize one or two of them from other games or maybe one in particular outside the gaming realm like comedian Ron Funches. The voice acting is laced over the entire game and truly shines during the stylized comic panel cut scenes. The mission maps are also well designed with vibrant colors, lighting, and amazing environmental sounds. I played Thief of Thieves docked and in tabletop, with the latter being my preferred method of play. In my opinion, the game looked and performed better in handheld/tabletop position.

Thief of Thieves at its core is a stealth-based adventure game. Think of “Hitman” proper, not “Hitman Go”. You will have to wear disguises to enter specific areas or use some social engineering to navigate your way around. With that said, the game incorporates a dialogue select system. This is nothing too complex and feels very fitting for the situation. For example, in one scene you will have to enter a party. You can walk up to the bouncer and try 1 or 2 options which will branch off and set up another 2 options. If you fail to gain access, there is another way. You will see a somewhat intoxicated man standing alone. You then perform a similar style dialogue scenario. The end goal here is to convince the man that you can both have a good time inside, in turn granting you access to the party as his date. I replayed this portion again to see if there was an instant “mission failed” prompt but this never occurred. However, you can easily fail a mission during the stealth portions of the game.

Celia can sneak, hide in the dark, interact with the environment to cause distractions, climb over particular objects and make extremely loud high heels clicking sounds while running. This, of course, will alarm security guards who will display a question mark above their heads when investigating. Security guards will not be your only adversary as the limited camera angles also play a factor. At any time in the game, you have 2 camera angles to choose from. The one you are currently using and the secondary camera which can be seen by pressing in the right thumbstick. In most of the situations in which I was detected, it was due to the inability to see guards with either camera view.

If you hold the (L) button “intuition” activates and key items will highlight around you such as doorways, items to interact with and security guards. However, sometimes I would see no guards while holding the button and as soon as I moved from cover, a guard would be running right towards me. On a plus side, there appears to always be at least one alternative method of completing an objective. Some locks are harder to pick than others and require a bit more time. In one section, I would always get detected so while searching around, I noticed there were some objects I could climb on and use to get to the 2nd-floor balcony. I then hopped over the railing and sneaked into the room without having to pick the front door lock. The same applied to disguises. I would find another, but Celia would say she could only wear one and could not swap once a disguise was already on.

Thief of Thieves: Season One offers plenty of fun gameplay mechanics in a stylish package. You don’t need to be familiar with the comic (though I highly recommend that you read it) to enjoy the story. The episodic format and simple to remember controls make it an ideal pickup & play game for a Nintendo Switch player on the go.

This review was written based on a digital review copy of Thief of Thieves: Season One for the Nintendo Switch provided by Rival Games and Skybound Entertainment. 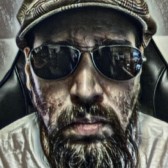