Double Helix may have abandoned Killer Instinct to make awful Amazon games, but IronGalaxy will be keeping the fight alive with Killer Instinct: Season 2 which will begin rolling out this fall.

The first character to be revealed for Season 2 is heavyweight boxer TJ Combo but I’m sure we can expect the likes of Cinder, Tusk and Riptor to follow.

With MKX just around the corner it’ll be interesting to see if Killer Instinct can remain relevant throughout 2015. I’m personally not sure if it can. 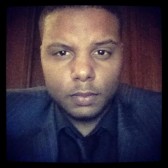