In a time of war, one man rises from his mother's ashes to aid a revolution... and ride elephants

When the internet told me that honey badgers don’t give a hoot, I really wish I had listened. If there’s anything we should really take away from Far Cry 4, it’s that all animals will inevitably hurt you, and it’s best if you blow up some humans instead.

The highly anticipated release of Far Cry 4 came and went without a lot of complaints, and in today’s game-sphere, that says a lot. It’s predecessor, Far Cry 3, saw the rise and whiny decline of bratty wannabe bad boy Jason, so in order to create a new invigorating story, Ubisoft needed to step up their game if they had any chance of avoiding another trope-riddled plot. And boy, does Far Cry 4 deliver.

Far Cry 4 shoves us in the shoes of American-born Ajay Ghale, a man on a noble mission to scatter his mother’s ashes in Kyrat, her fictional homeland nestled in the Himalayan region. Before he knows it, Ajay is shoved in the middle of a civil war, and thanks to his family lineage, he’s the key to giving Kryat its freedom. The prodigal son has returned, but not everyone is happy about it.

The enigmatic Pagan Min takes center stage as Far Cry 4’s deranged villain, a much-needed change from 3’s island-crazed Vaas Montenegro – he was only as big as his island, but Pagan expands far beyond that. With a somewhat flamboyant personality, thirst for power, and a torn up heart, Min shines as a refreshing antagonist and Kryati throne usurper, but it’s his army that stands before him that proves his true power – and perhaps one the game’s biggest shortcomings.

Along with hordes of Royal Army foot soldiers, Min’s army isn’t just a nasty head. Sure, you can cut if off, but if you want to do so without getting bit, you’ll have to take out the limbs. But Pagan Min doesn’t just have a left hand – he’s got a whole gaggle of metaphoric limbs that are equally as pissed you’ve decided to join in Kyrat’s rebellion. It’s something that’s not entirely uncommon in games; the big boss has top brass commanders. Shoot, fight, win, move on. While there’s much potential in Min’s closest confidants, they inevitably fall short of memorable. Far Cry 4 throws too many protagonists at you too fast, and while it doesn’t hinder the narrative progression, it will certainly leave you puzzled.

Arena goddess Noore Najjar, the sadistic Paul ‘De Pleur’ Harmon, and even Min’s right hand Yuma Lau have an air of mystery around them, and in this case, it’s not entirely enticing. Their stories fall short, ending and beginning in a blink of an eye. Yuma Lau’s piece of the narrative provides more than one drug-induced trip, but her death seemed rushed and familiar. Far Cry 4 again dabbles too much in the psychedelic and leaves character development in many of its important secondary characters out to dry.

Of course, the heart of Far Cry’s allure has never really rested in its characters. It’s the chaos that those characters, and the world they inhabit, create that bring gamers back time and time again. I’m bold enough to say that the Far Cry series is still the undisputed champion of open world shooters, and it’s the untamed freedom of Kyrat that solidifies that fact. Between wild animals attacks, blowing up pretty much everything, and facing down an entire outpost on the back of an elephant, Far Cry 4 is a virtual playground for the destructive. A large majority of my 60+ hours have been spent traversing the skies in a highly unstable gyrocopter, raining hell down upon thine enemies in a fury of bullets. Between the free roam aspect and the multitude of side quests, it’s easy to forget there’s an actual narrative waiting in the wings.

That came as the biggest surprise to me. After forcing a frat boy to become a mass murderer in the span of a few hours, I wasn’t really too invested in what Far Cry 4 had to offer as far as a compelling narrative was concerned. Because of that fact, I was pleasantly surprised as to what the underlying narrative of the game had to offer. At its heart, Far Cry 4 completely flips what 3 brought to the table — it’s not a game about saving friends or embracing insanity, but one of a country torn to shreds at the hands of an unjust war.  It’s bloody, uncivil, and harrowing with loss.

Even without Ajay, Kyrat would still be caught in its cycle of destruction. Pagan Min usurped the Kryati throne, and with the control of the Royal Army, has implemented his misguided and terrorizing agenda built on heartbreak, greed, and infinite selfishness. The Golden Path, Kyrat’s resistance, fights tirelessly day in and day out to seize back control of the people, and the ongoing war has left nothing but bloodshed and loss in its wake. Far Cry 4 isn’t about choosing the ‘good guys’ or the bad, but rather deciding upon the lesser of two evils. It’s a story that’s never going to have a happy ending, but if you can minimize the lives lost, there’s victory somewhere.

One of the funniest things I found about Far Cry 4 was the fact that, while so much of it seemed familiar, there was just something that mirrored 3 exactly, and I couldn’t put my finger on it. It wasn’t until browsing IMDB that I finally realized what it was — Far Cry 4 sees the return of a plethora of voice actors from 3, and it’s equal parts cool and confusing. When I first heard Ajay speak, I thought for sure that I was playing once again as frat boy Jason. But as it turns out, Ajay is portrayed by James Woods, the voice actor who gave life to Buck’s unhappy plaything in Far Cry 3. We also see the return of Liza’s voice actor, moving on from aspiring actress to actual Thunderdome queen Noore, as well as Willis… that bastard. Including a familiar cast threw me for a bit of a nostalgia trip, but every once in a while I couldn’t help but think I was once again stuck in the body of Jason — making me think I finally realize the definition of insanity.

Speaking of insanity, Far Cry 4 finally allows you to enlist the help of random strangers — or friends if you’re into that — to help conquer Kyrat. If you’re having trouble taking an outpost, or you’re just bored and looking for a kill buddy, help is only one click away. I spent a pretty decent chunk of time experimenting with the game’s new co-op system, and when it wasn’t bugging out, I found it to be a pretty enjoyable experience. Having a competent player next to you adds a new and exciting element of strategy (or all-out chaos), and if you’re lucky enough to pull your new-found teammate into a chat, you’re guaranteed a ridiculous amount of fun.

I’ll say this — sitting on the back of a gyrocopter mowing down enemies may be my new favorite activity. Playing as either Ajay or Hurk, you can take on everything Kyrat has to offer and then some. I should also mention that both players can ride into an outpost on wild pachyderms, so that’s pretty much Game of the Year material.

At the end of the day, Far Cry 4 isn’t necessarily anything completely new, but it takes its tried-and-true formula for chaos and offers it up in a completely new land. It’s replaced komodo dragons with honey badgers, one insanity for another, and gives us a new protagonist to stack up a repertoire of bodies. While I’ll still never get used to the idea that you can go from innocent bystander to mass murder and master hunter in the blink of an eye, Far Cry 4 gives us exactly what we want out of a video game. A vivid open world to call home, an assortment of whacky and brilliantly evil characters, and a plethora of unique weapons, missions, and drug-induced stupors. It’s a stunningly solid entry into the well-established franchise, and at this point, I can only ask one thing — where’s 5?

This review is based on a physical copy of Far Cry 4 for the PlayStation 4 provided by Ubisoft. 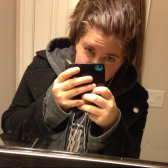