A solid ARPG that is worth your time and money

This is hard to admit, but my ARPG experience is very slim in that I’ve only played Titan Quest and Path of Exile which I struggled to get into. But because of this, it meant that I ended up completely dismissing renowned titles such as Diablo and Torchlight. So when the opportunity to try out this strange interpretation of the novel, Dracula arised, I took it.

The Closed Beta that I participated in was only around an hour long, but there was a lot to show off and I feel that it demonstrated the mechanics well. Do keep in mind that since this is a beta, the final product may be somewhat different. With that said, let’s get cracking.

The first thing that stood out to me playing this game was the world. Having not played the original title, this was my first step into Borgovia, a beautiful gothic world under threat by the mad scientists. The scenario in the beta was a large scale battle in a rather industrial city. Working with the commander, you carry out a series of objectives with optional side quests along the way.

The original Van Helsing was known for its referencial humour and snappy dialogue. Rest assured, the sequel continues with this. The way it’s implemented is very restrained and the references are relevant and not just thrown in for the sake of it. For example, one of the side quests involves you saving a certain Private Brian with your companion wondering what’s so special about Brian anyways?

Some of these quests involved rescuing or escorting individuals and some involved actively planning the defense of the city. You have the option of telling front line soldiers to pull back, stand their ground, deploy turrets, request reinforcements or just make a really cool speech. This doesn’t really have a massive impact on the flow of the coming battle, but it’s an interesting gesture. If this is a constant feature throughout the game, I can see it being a really fun part of game. Even if it doesn’t count for much, giving the player that sense of control adds to the experience in a unique way.

And Van Helsing 2 is one hell of an experience. I recognise that the beta is probably one of the best parts of the game but if the rest is even close to the (and I hate this word) epicness of this particular quest, then you’re in for a well streamlined, atmospheric experience that, when needed, can raise the tension dramatically. As you travel around the streets of this city under fire, you need to both maneuvre around to avoid projectiles as well as fight off the enemies that come down in drop pods.

And speaking of enemies, there’s a variety of demonic and robotic forces to defeat. Whilst some are just the standard cannon fodder, there’s some more interesting enemies that encourage mobility and thought out approaches rather than just swinging your sword a couple of times hoping it’ll work. But these are far too few. In the majority of situations, especially the drop pods, it’s just a load of weak stuff filling my screen, not doing much damage. I’m not sure whether they were there to kill me or test the game’s performance. (Which is fine by the way)

The game also deployed forces in escort quests, however, unlike most games where the escortee will follow you, so they can be protected effectively, our wounded soldier doesn’t need such pity and will just charge on ahead, leaving you to take care of the enemy forces. The deployed creatures even wait around patiently, letting the target pass through safely. It’s something that just makes the player feel redundant.

Which is definitely not the case. Canipa Van Helsing is a one man army capable of ripping through enemy lines with his weapons and powers. And hell, are those some awesome powers. Each class has its own set of unique powers and weapons as well as sets of skills that you can upgrade to add some level of customisation. And all of the attacks are just so goddamn satisfying. With each class having the ability to do damage in their own special way, with the brilliant sound design AND with the responsive animations, cutting down enemies is something that you want to do, rather than just wanting to get to the objective as quick as possible.

In conclusion, from what I’ve seen of The Incredible Adventures of Van Helsing 2, it will indeed be an incredible ARPG. Even with the short amount of time I had with the game, it was a very satisfying experience and I will definitely be picking this game up on release and I highly recommend that you give it a try as well.

Thank you for watching this preview of Neocore’s The Incredible Adventures of Van Helsing 2. If you’ve got any extra questions about my experience with this game, feel free to leave a comment and I’ll try to answer them. But right now, I’m going to go check out the original Van Helsing game. 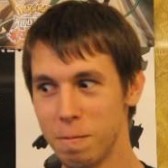