It must be hard being Shawn Corey Carter. A beautiful wife in singer/actress Beyonce. Millions of dollars sitting in various bank accounts. His own brand new label in Roc Nation, which was achieved through a multi-million dollar deal with Live Nation. What else does he have left to prove? Even after the release of the maligned Kingdom Come and the fairly well-received American Gangster, it appears much more as Jay-Z has returned with a new release: the third and final installment in his Blueprint trilogy. Hefty standards are set upon Jigga’s shoulders as higher aspirations see him attempting to construct a new “blueprint” in a quest to transcend both hip hop and music as well.

After releasing a bevy of albums over the years, Jay-Z knows how important it is to begin an album on a high note and the synth-happy “What We Talkin’ About” is no slouch. Over the foreboding backdrop, Jay-Z dazzles like an clever boxer, issuing jab after jab, touching on grievances with foes (both old and new) while echoing sentiments of an elder statesmen feeling underappreciated for his contributions to hip hop. The horn and kazoo-laced “Thank You” features shades of his now legendary debut as his nimble flow finds him contemplating a lyrical assault on enemies before proclaiming that they did it to themselves: “Not only did they brick, they put a building up as well/ then ran a plane into that building and when that building fell/ ran to the crash site, with no masks, then inhale/ toxins deep inside they lungs, until both of them was felled”.

The lovely Alicia Keys laces President Carter with an eventful chorus as he dedicates “Empire State of Mind” to New York City, painting a detailed mural not through the eyes of his usual hustler persona, but through the eyes of a savvy businessman. There has finally been a Swizz Beatz sighting as he laces Jay-Z with heatrocks in the form of “On To The Next One”. Jay’s confidence is at an all-time high as he quiets those wishing for the Jay-Z of old (“Hov on that new shit, Niggas like how come/ Niggas want my old shit, buy my old albums/ Niggas stuck on stupid, I gotta keep it moving/ Niggas make the same shit, me, I make the blueprint”) while also pondering his next landmark move as if bringing the late Michael Jackson on stage during Summer Jam, being text buddies with President Obama and chopping it up with mogul Oprah Winfrey in Marcy Projects was not big enough.

“A Star is Born” sees Mr. Carter officially giving Roc Nation’s signee J. Cole “the look” and he arguably steals the show (a la Lupe Fiasco on Kanye West’s “Touch The Sky”) while Jay takes time to survey and acknowledge those essential to hip hop’s growth, even referencing the “Renegade” incident from the first installment in the Blueprint series (“But what Em did was silly/ The white boy blossomed, after Dre endorsed him/ His flow on ‘Renegade’… fucking awesome”). G.O.O.D. Music freshman KiD CuDi charms over the violin-infused loops of “Already Home” with light-hearted chorus duties as Jay-Z takes on lower level artists who fault Jay for their career not blowing up while also claiming that his time in hip hop is up to which he calmly replies “my legacy is secure, I’m already in the Hall of Fame”. Originally slated to appear on Kanye West’s 808’s & Heartbreak, “Hate” sees the dynamic duo of Jigga and ‘Ye taking on critics over the techno-laced track, switching up their flow almost effortlessly to dazzle and punish naysayers. Jay also enlists Pharrell Williams for his smooth crooning (and rich production) on “So Ambitious”, a sequel to their epic collaboration on Jay-Z’s original “swan song”, The Black Album.

For those that claim he rarely takes risks, Jay-Z took a HUGE risk in stamping this album with the Blueprint name in the first place. As a whole, the album is a mixed bag. Gone are the soulful samples of the initial two installments in the trilogy as they have virtually been replaced by more futuristic and experimental production. Production-wise, Timbaland is EASILY the biggest disappointment on the album, providing Jay-Z with three clunkers (“Off That”, “Venus vs. Mars” and “Reminder”) while producers Just Blaze and Bink!, architects of the 2001 installment, are noticeably absent. The closest album that Jay has concocted that would merit comparison would be Kingdom Come as Jay shows his maturity; he is no longer the street hustler from Reasonable Doubt, but a corporate hustler that is living a lavish lifestyle. Missing throughout are the personal thoughts and feelings touched during his original Blueprint, replaced by his own attempts to grasp the mass appeal that right-hand man Kanye West has successfully attained as well his need to reassure critics (and himself?) of his accomplishments and bring merit to his many references to Frank Sinatra. An artist of Jay-Z’s caliber is held to almost unrealistic standards (proclaiming yourself the greatest of all-time will do that) and while BP3 is far from matching the almost-fabled 2001 release, Jay succeeds in his underling plan: providing a new blueprint as he allows the new wave of hip hop talent a canvas to showcase their talents that will influence the art form in the years to come. 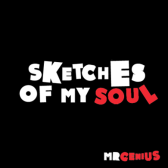