Written and directed by Jon Stewart, Irresistible is a comedy about what happens when a small Wisconsin town becomes the main attraction of our modern-day political circus.

When the Democratic National Committee’s top strategist Gary Zimmer (Steve Carell) sees a video of retired Marine colonel Jack Hastings (Chris Cooper) standing up for the rights of his town’s undocumented workers, he believes he has found the key to winning back voters in America’s heartland.

Paying an unscheduled visit to Hastings’ dairy farm in rural Deerlaken, Wisconsin, Gary persuades the largely apolitical retired Marine to run for mayor. Initially, Gary relies on Jack’s very capable daughter, Diana (Mackenzie Davis) and a team of enthusiastic, if inexperienced, volunteers. However, when the Republican National Committee counters him by sending in his brilliant nemesis Faith Brewster (Rose Byrne), Gary is more than primed to up his game. As Gary and Faith square off, what started out as a local race quickly becomes escalates to a national political battle and a hilarious fight for the soul of America.

With his new comedy, Irresistible, writer/director Jon Stewart brings his nimble humor and deep knowledge of American politics to the story of a small-town election that becomes a proxy battle between the national Democratic and Republican parties. As it tracks the escalating tactics of high-powered DC consultants and the resulting media carnival, Irresistible delivers a hilarious and pointed critique of America’s political system. The top-notch cast, led by Steve Carell, brings comedic chops and a humanity to their characters, making for an entertaining and resonant film. 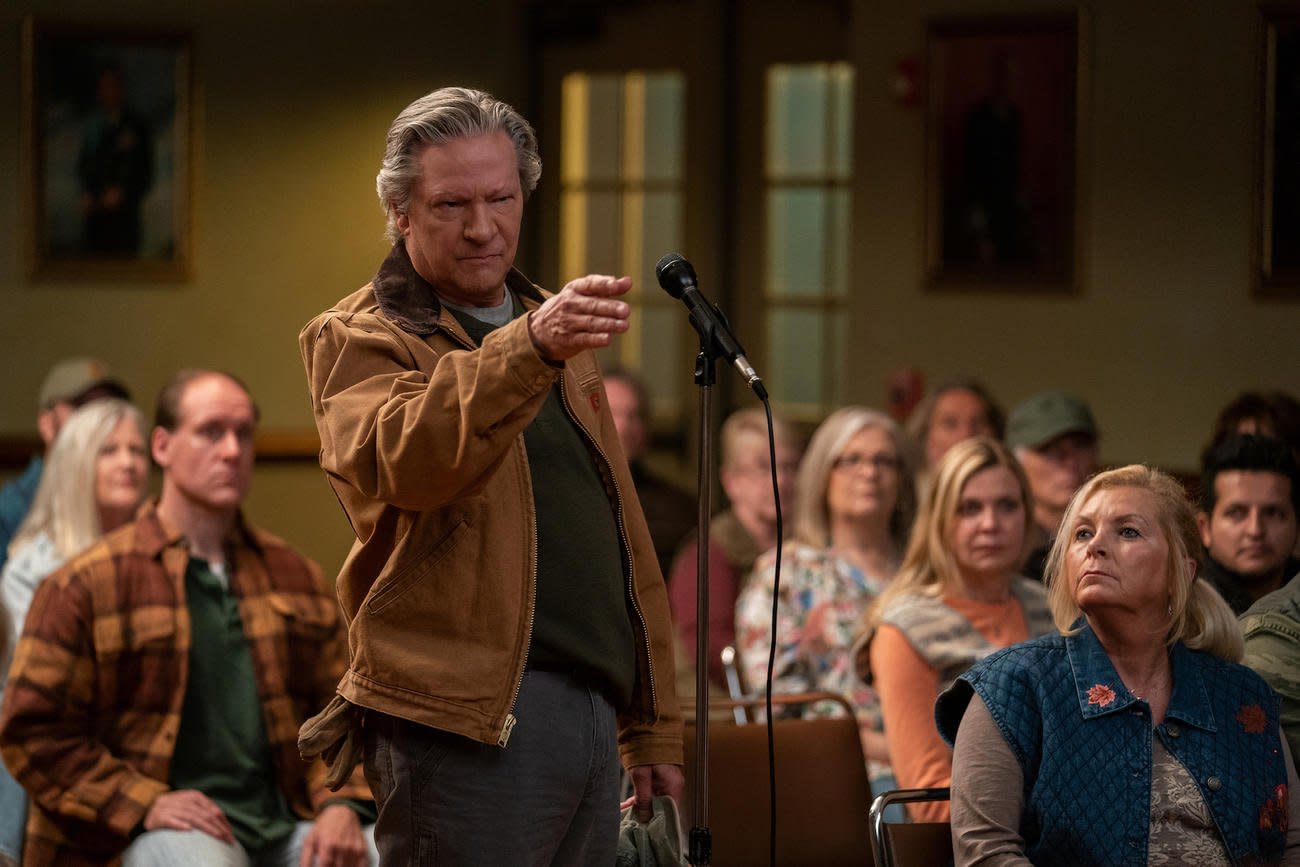 In developing Irresistible, Stewart’s interest lay not in partisan politics, but in systemic factors which make today’s politics what they are. “I was thinking about how to satirize the current moment without necessarily being so specific,” he explains. “It’s like talking about climate as opposed to talking about weather. Was there something about the climate of our current political system, and the way money is incentivized within it, that creates the kind of corrupted outcomes we’ve been seeing? Rather than focusing on a Trump-like figure or a rising politician, the idea was to look at it from the system’s perspective.”

Real-world events and experiences informed the premise of Irresistible. In the spring of 2017, there was a special election in Georgia to fill a vacant congressional seat. It was the first election of the Trump era and became a huge national news story as a young first-time Democratic candidate, Jon Ossoff, emerged as a leading contender in a historically Republican district. By the time of the June runoff between Ossoff and Republican Karen Handel, the race had become the most expensive in House history, with an estimated $55 million spent, according to the New York Times. It was the first election of the Trump era and as Stewart notes, “The Republican Party and the Democratic Party both looked at it as a bellwether for this new world order. So they poured millions into an off-year congressional election. And the election came and went and it was a bellwether to nothing. It basically was like walking into a strip club and making it rain.”

A subsequent experience illuminated another rising phenomenon in contemporary politics. A friend who was running for Congress in West Virginia asked him to introduce him at a fundraising event. But the event wasn’t in West Virginia – it was in the West Village, in Manhattan. Recalls Stewart, “It was just a bunch of New Yorkers and a guy running for a congressional district in a place that none of them had ever had any experience with, or heard of, or particularly cared about. But they would do their due diligence as active political people to raise money for this guy. And it just struck me as so bananas, that he would be having to waste his time and energy to raise this money.”

The pernicious role of money in politics was a frequent topic for Stewart on The Daily Show, and he took every opportunity to raise the issue when politicians guested on his show. One episode with Nancy Pelosi, at the time Speaker of the House, stuck with him. “I always talked about how money influences politics and corrupts decision-making. Oftentimes, politicians would agree,” he recall. “So Pelosi was on the show and was making that point, that money was the root of all evil. And I said, ‘But you know, you raised $35 or $40 million last quarter.’ And she said, ‘Well, we can’t just disarm.’ I said, ‘I know, but if money corrupts, how does that corrupt you or the Democrats?’ ‘It doesn’t.’ ‘Huh. So, it corrupts, but not you.’ ‘Correct.’ ‘Okay, but it seems odd that you would be immune to that. I don’t mean it as a dare. I’m just saying, how do you watchdog that?’ But there was no cognizance that that would be an issue for them. It’s only an issue for your political enemy.” That dissonance would factor into Stewart’s conception of his main character, a Democratic consultant who persuades an ordinary citizen to run for mayor in a staunchly Republican town.

In structuring and introducing the narrative, Stewart looked to movies about novice politicians, including Frank Capra’s Mr. Smith Goes to Washington (1939) and Michael Ritchie’s The Candidate (1972). And he decided to open Irresistible by introducing the candidate-to-be, Jack Hastings, in a scene that nods to the climactic speech of Capra’s classic. In that famous sequence, Jimmy Stewart’s title character passionately invokes American values of liberty and fairness as he nears collapse on the floor of the Senate. Recalls Stewart, “I wanted the design of the movie to plausibly play to the theme of the common man takes on the system. I thought, well, what about beginning this movie the way that one ended, with a character giving kind of a Capra-esque stemwinder? What happens from that point on and what forces might be put in motion?”

A mayoral race in an obscure town quickly acquires all the makings of a major national contest: teams of campaign aides, high-priced consultants and sophisticated technology, private fund-raisers, press-the-flesh public events, sought-after endorsements, micro-targeted focus groups, PACs, and media coverage. All of it enabled by – and generating – lots and lots of cash.

In its comedically heightened taken on an election, Irresistible highlights how so many modern elections have come to feel very different than straightforward civic exercises. Explains Stewart, “I wanted to address this idea of the permanent campaign and an election-based economy that has sprung up around that. It kind of mirrors what we’ve lost in the Rust Belt states, where there used to be this incredible economic base that sprang up around industries like family farming. There would be small dairy farmers with 50 head, and there would be a guy who ran feed lot, a guy who ran tractor supply, and all these ancillary businesses that sprang up around the main business. That economy has been transferred over to elections, except exponentially more profitable. So we have elections, but around those elections are all these ancillary businesses – consulting, polling, analytics, media and 24-hour news coverage – that are connected and that profit from that idea of an election. So the election no longer serves the purpose of a mechanism to find the most qualified people; it serves as a foundation for a much larger economy that has grown around it.”

Lost in the fog of political war is the election itself and what it might mean for the people of Deerlaken, including any potential fallout from nasty tactics. “The Republican Party and the Democratic Party bring the entire weight of their political machines to this small town. It’s like titans battling on the mortal coil,” says Stewart. “And for the people of Deerlaken it’s like, ‘hey guys, you know you’re destroying all these buildings, right?'” Once it gains enough momentum, the political apparatus self-perpetuates in oblivion, no longer anchored to the interests of the voters it was built to serve.

Though Irresistible is shot through with farcical exaggerations of campaign and media culture, the story is very much tethered to the real world of American life and politics. In writing the script, Stewart sought input from different people he knew in the political sphere. “I wanted to know that this met the test of believability; that was the starting point,” he affirms. “I wanted to be sure it was realistic, in the sense of the motivations of the consultants that come in, the machinations that take place, the types of financial commitments and other things that occur. And no one ever said anything like, ‘No way, that’s nuts. That would never happen.’ If anything they just got sad as they would read it and go, ‘Yeah, that could happen, I could see that.'”

Suicide Squad: Kill The Justice League – What We Expect From Rocksteady’s Next Big Game

Disney+’s Super/Natural Is a Remarkable Journey into New Discoveries