Dishonored 2 will be coming to Xbox One, PlayStation 4, and PC on November 11th. Along with more detailed release info, gameplay footage was finally revealed.

Players will be able to choose between Emily or her father Corvo as playable characters, both with their own unique back stories and abilities. The setting for Dishonored 2 will be in Karnaca “The Jewel of the South”, located in the southern-most portion of the Mediterranean. The area of Karnaca will reflect the unique culture, food, songs and even the surrounding laborers and lifestyles.

The team wants Dishonored 2 to be “an oil painting in motion”. This beautiful, new technology that is currently being used for Dishonored 2 is Bethesda’ Void Engine.

The team also discussed the background of Emily and the vision for her character. Dishonored 2 will be taking place 15 years after the first game’s installment. Emily is now the empress and her father Corvo, is her royal protector. Her future is then placed in jeopardy and her and Corvo’s adventures begin.

Unlike the first Dishonored installment, Dishonored 2 does not take place in the plague-ridden city of the first game and features more diverse color schemes, environments and characters. 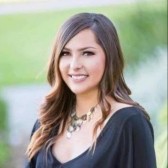