Coming to PC on November 5th.

Earlier today, Rockstar Games released a new trailer for the upcoming PC enhanced version of Red Dead Redemption 2. The visually stunning video embedded above doesn’t dive into specific enhancements but the official description from Rockstar does mention increased draw distances, improved shadows and lighting, new grass and fur textures, new content additions to story mode and much more. A brief synopsis is included below for those of you who still haven’t already played the game on PlayStation 4 and Xbox One.

Taking place in 1899 within America and nearing the end of the Wild West era, Arthur Morgan and the Van der Linde gang are forced to flee after a robbery goes badly wrong in the western town of Blackwater. With federal agents and the best bounty hunters in the nation massing on their heels, the gang must rob, steal and fight their way across the rugged heartland of America in order to survive. As deepening internal divisions threaten to tear the gang apart, Arthur must make a choice between his own ideals and loyalty to the gang who raised him.

Red Dead Redemption 2 will be available for PC on November 5th and fans can pre-purchase the game via the Rockstar Games Launcher starting on October 22nd. launches on October 26th for PlayStation 4 and Xbox One. Are any of you planning on picking up the game next week? Please feel free to let us know in the comments section below. 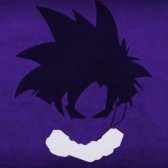