Last year industry veteran David Perry composed a list of 29 video game business models. I went over the list and even recognized a few familiar monetization methods. I know the list is old but some of the methods he listed are just coming to the forefront of the gaming industry, so he was definitely future proof. What I did was name the top 5 ones that I believe will play a big part in the future of the gaming industry. Not to say the other methods wont, but in my opinion these top 5 will be the meat and potatoes of the business.

Selling boxed product at places like EBGames, Gamestop or Virgin Megastore. This also includes mom & pop stores, hardcore specialist gamer shops, and online retailers like Amazon.com that ship the product to your door. The gap in this market is “same day” physical delivery of games too big to download or 1st party titles (basically combining online & bricks and mortar in one solution.) The future of this space is pre-paid cards as the consoles will (in the future) go online only, distributing everything directly to the consumer, so retail (to make it worth selling the hardware) will need a cut of the software sales. Hence prepaid cards. The Gamestop tactic of re-selling USED games (to avoid paying for new product) will finally be over. To drive users to retail, the making of special “enhanced” versions just for their retail chain is a common practice.

like the Steam service from Valve Software, the PlayStation Store or Xbox Live Arcade from Microsoft. This also technically includes “unlocking” access to a game already on a service, like the faux install process on Facebook (however the player would have to pay to do this unlock.)

You either buy the episodes in a serial fashion as they become available, you can pay for all episodes unlocked for a period of time, or they are sold as expansion packs.

Paid monthly, usually by credit card or automatic debit payment. It’s sometimes coupled with a retail purchase to get the install files / manual. Commonly players set up the credit card payments and don’t stop them, as they want to keep the game ‘available’ or keep their characters alive that they’ve worked so hard to create. (It’s pretty great to get a subscription from people that don’t even play, so expect more people to design games were they will clearly KILL your characters if you stop paying. Not good for players, but it’s on the list as it’s a monetization method.)

For vanity, saving time, better communications, leveling up faster etc. These are generally paid for using virtual points (earned in the game) or the points being bought by the player for real money. A new trend is using Friends to buy these items, where the item just costs you inviting a friend to the game, or an amazing item costs you inviting ALL your friends to the game. Another trend is to sell consumable items like actually selling the bullets you fire, or buying gas for the car you race, however this really grays the “free to play” line.

And two that almost made the top 5 is: user generated content & peripheral enticement

To see the full list of all 29 methods visit here 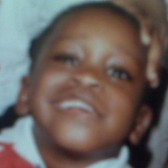