Aksys Games is proud to announce the arrival of Guilty Gear Xrd – SIGN – for PS3 and PS4!

Aksys Games also wants to let gamers know from now until Jan 5th, 2015, Elphelt, the DLC character will be available for free in celebration of the games release! That’s $7.99 value. There will also be a limited edition releasing on Dec. 23rd, 2014, which will feature the Guilty Gear Vocal Collection and tons of US exclusives like the Guilty Gear Codex, Sol Badguy Belt Buckle Keychain and a custom premium box that looks like the tome, The Backyard.

Guilty Gear Xrd – SIGN – will feature enhancements from the Roman Cancel system, visuals, dual languages that include the original Japanese and English audio with subtitles and returning characters from previous titles. New characters are available for the game as well and can be purchased on the PSN.

And guess what, here’s the DLC release schedule for you to take a gander at, this includes characters, voices, colors and avatars! 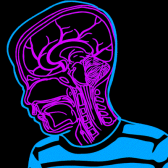