At the first annual PAX South, you’d have been hard pressed to not witness the presence of Gigantic. The Motiga team brought the heavy weaponry with a setup on the exhibition floor that served ad the center piece to the event. Multiple rigs were installed and the line wrapped around the central area all weekend as many waited to get their hands on the title.

Motiga also flew out their passionate community players whom have been play testing Gigantic while it’s in Alpha stage. On top of the expo hall, Motiga took refuge on the 2nd floor with two additional rooms. One for panels and the other for media matches against the devs and community players. The later is where I got my first taste of this exciting title.

To those unfamiliar, Gigantic is a PC only arena PvP combat title. Teams of 5v5 choose unique heroes and fight for map control while powering up their huge NPC Guardians. Each team has one guardian (in this demo we see Naga and Griffin) and grabbing nodes around the map allows you to summon creatures with unique abilities (quick summon to control points faster, bring enemy characters up on the map, etc). You can also upgrade abilities in a mechanic much like MOBA titles throughout the matches, but Gigantic is no MOBA – it’s much bigger.

With that as the foundation of gameplay, everything beyond ties into team dynamic and communication. The beauty of Gigantic rests with the diversity of its heroes. The 3rd person point of view and controls allow for very different play styles: Melee characters can mix it up in the trenches and get into twitchy click fests with assailants, those a bit less inclined to fast paced clicking but adept at combat awareness can tap into very diverse support characters, and even players more inclined toward shooters can find heroes to fit their style.

In my many handful of runs against devs, community players, and other members of the press, I found myself gravitating toward Imani. She’s a sniper that deals heavy damage and possesses a stealth escape to boot. You can also manage her ammo types with one type of bolt being an explosive damage booster and the other slowing other heroes with ice attributes.

I also gave the sneaky death dealer Tripp a shot in one match. She’s able to sneak around the map completely invisible and deal massive damage to unsuspecting heroes, but can’t take much damage herself. Her style was out of the norm for me in this format and my team was demolished because I couldn’t stay alive. Ever.

While only being in Alpha stage, Gigantic is a very polished game. There were only two times I had issues (crashed out once and couldn’t upgrade a couple abilities during a match), but otherwise things ran incredibly smooth. The art styles pops whether it’s the heroes, the guardians,  creatures, environment, all the way to the different abilities and it’s tough not to get caught up in the beauty of it.

Most of all, Gigantic is FUN. A lot of fun. I wanted to just stay up on the 2nd floor and play over and over with others who seemed just as hooked as myself. Stay tuned for an interview with one of the developers and look out for a release date later this year. 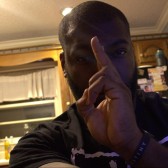