When I heard studios were planning several X-Men based TV shows, I felt nothing; not an ounce of like nor dislike. I was so thoroughly drained I couldn’t muster a single care aside from the standard black girl eye-roll. Between the newly announced New Mutants, The Runaways, and Hellfire, it felt like overkill. I had already said my goodbyes and had a healthy cry during Logan. I had sat through two sets of trilogies and watched “the twins” join The Avengers. Damn it, I was one with Legion. I did not need another mutant in my life. Then I actually watched The Gifted and found out there’s more to the X-Men universe than the mutants shoved down our throats since 2000.

Fox’s The Gifted focuses on lesser known mutants that only comic book aficionados would know, (which is a good thing for the rest of us) while tackling themes that’ll always be relevant (which is also a good thing).

Its present day and the X-Men heroes of the past are long gone (either extinct or fables) and they are struggling for survival (yes, again). Once again (yes, again) mutants are being hunted for fear they will kill/stare at dangerously or harm any of us lowly humans. While it’s not full-blown Days of Future Past, mutants are being captured and locked away solely because of who/or what they are (the theme that will never die). 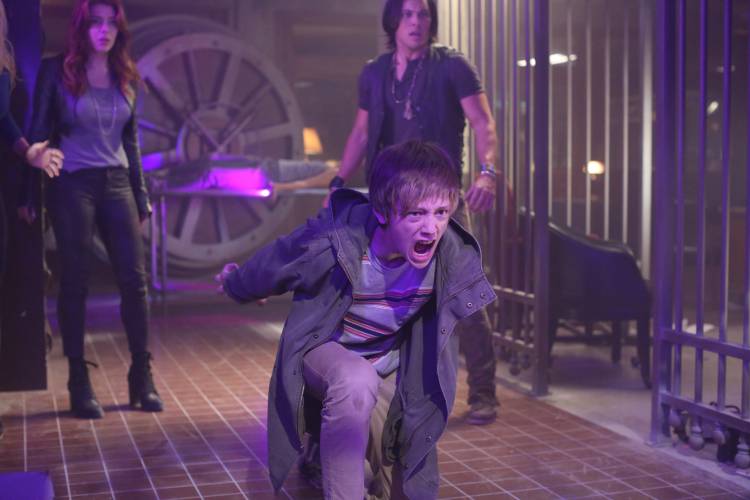 We first meet Marcos, Lorna, and Thunderbird as they Harriet Tubman their way to freedom, hiding out from the government while rescuing as many mutants as they can find. Enter Clarice Fong aka Blink aka the ageless Jamie Chung, who is trying to escape capture from the Fun Police who want to cage her like an animal.

Through a series rather practical special effects (realistic for mutants) she encountered our group of mutants who demonstrate their abilities through a series of conveniences; Thunderbird’s ability to track others, Lorna’s energy/magnetic absorption, Marcos’ ability to glow like a floodlight and more.

However, this is a 10-episode drama and not a two-hour movie, things go terribly awry for our Band O’ Brother..and Sisters which result in a series of terrible consequences and screaming teenagers (but hey, at least Clarice is still alive).

If you’re like me and was incredibly pissed the 2000 X-Men movie deleted the scene where William Striker’s son turned into a mutant in the midst of hating on Xavier and Company, there’s plenty of rehashed storyline to please the 17-year begrudged fan with the story of Reed Strucker and his family of “we’ve seen this plot before.”

Say hello to Reed Strucker (played by Stephen “oh, Sookie” Moyer), district attorney, family man and government hunter of those pesky mutants. Strucker’s view of the mutant world is an “us vs them” mindset we’re all familiar with especially in this age of the current political climate. However, Strucker has his world shook when his children attend a Disney-esque high school dance complete with cheesy music. But all that Disney is not PG, as his son is mercilessly attacked by bullies which causes his dormant powers to shine bright like a diamond that partially collapses the school. To make matters worse, Strucker’s daughter has a secret of her own that places this family in even greater danger. In shock and suffering from a delayed reaction, Strucker knows what will happen to his precious babies if the government finds out about his children’s dirty little secrets and takes the “not in my backyard approach” by going into hiding. With the Sentinels on their trail, they run into the Underground Mutant Railroad and our group of Mutant Freedom Fighters. But how will they learn to trust someone who works for the government who just days ago was ready to destroy their very existence? Cue, the drama.

The idea behind The Gifted is not new but its execution is engaging and refreshing. As a viewer, you’ll see the characters constantly walking a thin line between facts and faith (not the “come to Jesus” kind).  Strucker is a good man who does terrible things to others simply because of their genetics. He’s a family man who loves and cares for others yet he constantly lives in a state of denial about basic human rights and that of the US Constitution. However, in the face of adversity, Strucker abruptly changes his position and we’re just supposed to go with the flow without any thought. But this abruptness is what makes the show strong; it makes us wonder, just what does Strucker know about the government if he doesn’t even try to negotiate with them instead of fleeing. Does Strucker play a larger role in the downfall of mutants? Maybe he knows what happened to the mutants of yesteryear?

While The Gifted is not as clever as FX’s Legion or as funny as Netflix’s Jessica Jones, it sure is a sight to behold. Crisp, visually sharp special effects dances in on your screen as mutants use their powers rather believably. There are fight scenes that are fun to watch as I’m sure they were to create, special effects that never get too big for a scene and quality acting that comes together to create the perfect comic book TV show. While the story is far from original, there’s an air of sincerity to the performances that makes you care about the Strucker family and the mutants they encounter.

Unlike the disastrous Marvel’s Inhumans (please don’t watch that show), the writers have crafted a story that slowly gives out details instead of stuffing everything into its pilot episode. It teases you with new information while keeping you well informed of the action occurring. Even with a large ensemble, everyone plays an important role (even Mrs. Strucker and her pesky genes) and finds a careful balance between moving the story forward while never overwhelming the audience with their unnecessary presence.

There is meaning in the name The Gifted as its a wonderfully wrapped present gifted to all X-Men fans, comic book lovers and social outcasts who just want to be free to explore who they really are in their life.