Mickeey Nguyen is more than an actor. He’s a talented singer, a passionate dancer, and a fun conversationalist. Breaking into the business as a determined YouTube sensation, Nguyen found his leading role as Alex Phan on Nickelodeon’s K-pop series Make it Pop which kickstarted his acting career and solidified his passion for TV. While his experiences on the series and on Disney Channel’s movie Z-O-M-B-I-E-S have further fueled his acting career, he is now stepping into the role of Mags in Hulu’s sci-fi groundbreaking musical series Utopia Falls.

In the series, Nguyen belongs to a futuristic colony, where a group of teens has discovered a forbidden archive which leads them to question the truth of their reality and change it using the power of music. As one of the participants of the annual talent competition Exemplar, in the city of New Babyl, Nguyen puts his singing and dancing skills on display to the delight of fans.

The Koalition spoke with Nguyen about the series, his career as a choreographer, getting to work with his idol Tanisha Scott, his dream role, and more. 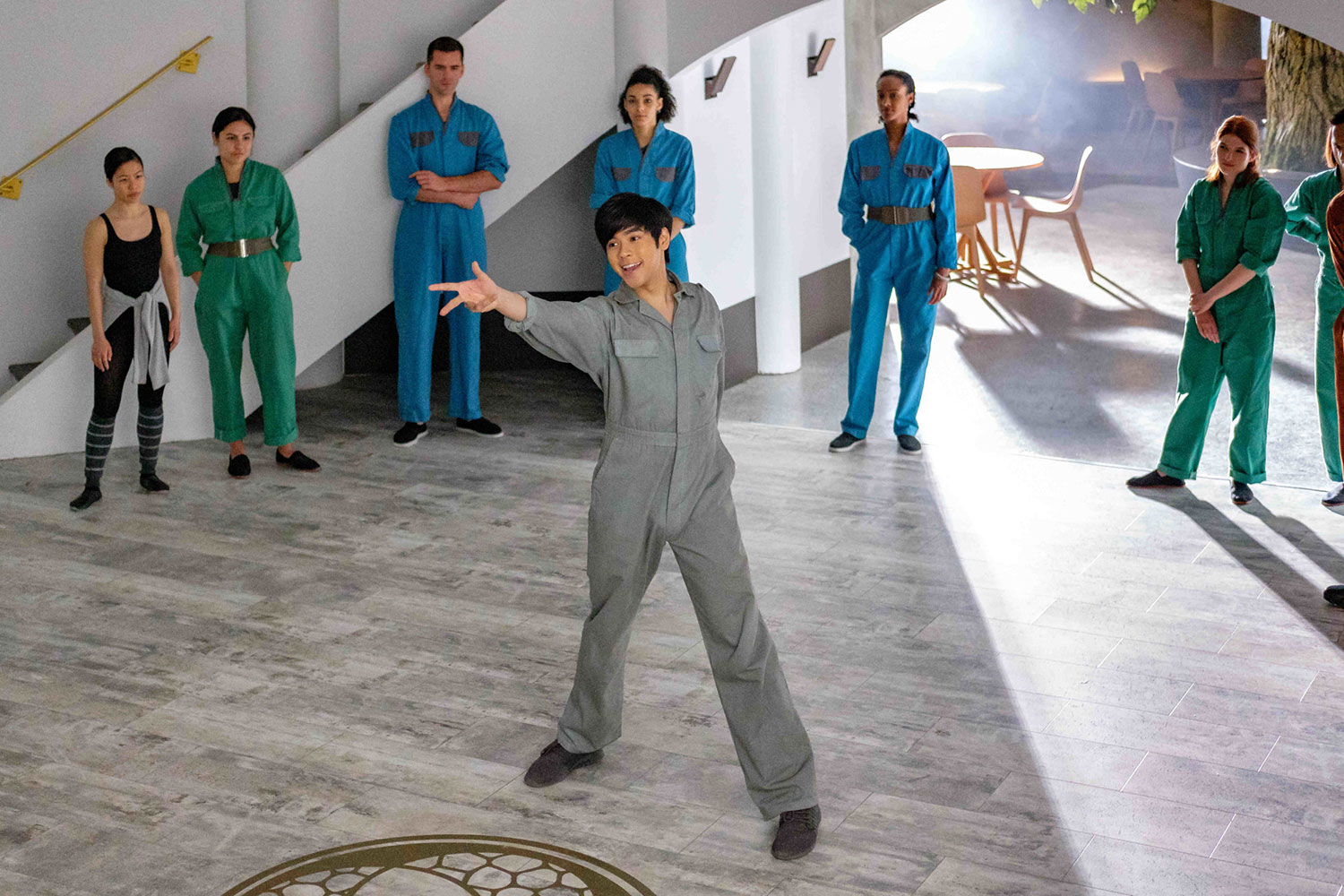 “With a show like this there is a lot of preparation, there’s a lot of rehearsals. In terms of the dance aspect, we had rehearsals probably almost every week maybe even more if we knew there was a performance number coming up soon. It was very long and very tedious. One of the most challenging things from it is, we all come from different backgrounds of dance. We are there to support each other and we make this safe place where it’s okay to make mistakes together.  We’re all making them together and we’re all fixing them together. I think that was one of the best feelings in this process [was] in the rehearsals.”

“And the same goes for the recording of the songs you hear, and all the vocal tracks you hear. All the singing we did, we all came from different aspects of singing and they were all encouraging us to add our own type of sweeter in there because they really wanted us to have some flavor. It was really incredible how it all came together. The process of it was something I really admired and something I was really enjoying.”

In R. T. Thorne’s series music and dance is used to tell the story which allows the actors to evolve and become better versions of themselves. Choreographed by Tanisha Scott, who previously choreographed music videos, live performances, and tours for almost all of the biggest names in the music industry, including Rihanna, Beyoncé, and Drake, she is a massive inspiration to Nguyen.

“Coming from a choreographer’s background, one of the things I admired was Tanisha Scott’s process and her dedication to bringing this dystopian dance to life. It’s not something that’s very easy. How can you foretell what dance is going to be like years now from now in a dystopian society called New Babyl? To see her craft it in front of me, it was crazy to see. I’m already a fan of Tanisha Scott but to see her craft, coming from a choreographer’s background I really do admire it. [Mags] does a dance style I’m not too familiar with, [Mags] does pop-and-lock but when Tanisha choreographed a number for me it worked and I’m all into it. It was truly inspiring for me to see that and I was really thankful.”

Apart from the mind-boggling visuals and compelling plot, Mags is undeniably one of the most fun-filled characters of the series. Easy to uplift others, Mags is a bright, colorful, and caring person to those around him. He was also a delight to play for Nguyen who was allowed to improvise lines during filming.

“Because Mags is such a light in the room, he is the glue that kinda keeps everyone together, there are a couple of wild lines in there that we threw in. As Mags, I love adding in something a little bit extra just to make the scene a little bit more lifted. R.T. the director was incredible and absolutely welcoming enough to opening the floor to me. Surprisingly a lot of the stuff I added in made the cut. There was a bit of improv and I’m happy it ended up working in Mags favor.”

To learn more about the series and Nguyen’s desire to play a superhero, listen to our full interview below.

The Power of Change: An Interview with Motherland: Fort Salem’s Taylor Hickson

Step Up Series Set To Dance Its Way To Starz

Star Wars: Tales from the Galaxy’s Edge VR Experience Will Release This Year