Ah, Resident Evil: Revelations, so many words can describe this game: atmospheric, foggy. But my favorite will always be numb.

I remember playing the 1996 Resident Evil and thinking “this is so cool!” It was fresh, original, scary, and just downright enjoyable. Staying up for hours (on the weekends with permission) shooting aliens and hoping this “cannibalism thing” wasn’t real. It was everything a young budding gamer could ask for.

However, throughout the years Resident Evil has become not even a shell of its former self. Between the twenty-two video games, six movie adaptations (there’s also a 2020 reboot in the works, announced before the ‘Rona), the comic books, the novels, and countless other merchandise, this franchise has been dragged through the mud, tied to the back of a truck and what’s remaining of its corpse (if you can even call it a corpse) has been left to rot in the Arizona desert sun. Its rotted flesh is now a featured background actor in never-ending The Walking Dead franchise.

Despite all this, I’ve held onto a glimmer (although fading) of hope replaying Revelations would be great again if it returned to its roots. Remember what made this franchise so great in the first place? It wasn’t the sale receipts, it wasn’t the flashy hype; it was about the story and its characters. Over the years, the fans – including myself – loved the plot.

The Resident Evil franchise wasn’t about shooting some weird hybrid zombie-cannibals. It was about Jill Valentine, Ada Wong, Leon S. Kennedy, and so many others sent off to investigate all the mutations, strange disappearances, and occurrences. The way the plot slowly unfolded as it would reveal each character’s story was mesmerizing and kept me glued to my controller. And no, I’m not going to lie, I did love shooting those scary yet incredible looking mutations.

Throughout 2012, Capcom released videos focused on the game’s atmosphere, the virus outbreak, the characters, and the fear we the gamers would face while playing Revelations. Credit had to go to Capcom for doing everything in its power to convince people this game would bring back those old 1996 feelings of a time when Resident Evil was fun and fresh.

Capcom described Revelations as “dramatic horror” and it tried its best to deliver that promise. From the very beginning, the game started with the makings of a “dramatic horror” story. Dramatic music? Check. A plethora of cut scenes which gave just enough to fuel my appetite but left me wanting for more? Check. Trapped inside a scary ominous location? Check.

From the beginning of the game, I was thrust into the tale of series favorite Jill and newcomer Chris’ adventures aboard the Queen Zenobia. The beauty of the design of this ship for 2012 made the game so strong. Its spaciousness beckoned us with many levels, doors, set pieces, and numerous corridors needing exploration.

Despite the advances in technology and the gaming consoles, for 2012, the designers created a wonderful contrast by creating tight, very unlit spaces that would make any claustrophobic person suffer a panic attack.

While not all design aspects of the game held up, the ship was elegant when I strolled through the few open spaces which were filled with many minute details to marvel. The smoky, slightly hazy environment and the way too close camera that blocked your peripheral vision made things that go bump in the night more frightful. This paired well with the over-the-top dramatic music; tension and fear that was created.

Just as I became preoccupied with exploration, rather unexpectedly comes “them,” the many mutants I faced. Whether they came through windows, fell from the ceiling, popped out of closets, or appeared through the bathroom stall, they were always there to greet me with the friendly “Molly, you in danger, girl” danger.

Unfortunately, Revelations was a port for the Xbox 360, PlayStation 3, and PC which was also the game’s downfall…

Once I stepped off the ship, The graphics were atrocious and remain atrocious now. In all honesty, the 1996 PlayStation version had better graphics. The quality was lifeless and lazy. The images were not crisp nor clear. Nothing could change this. Not stronger glasses, nor TV settings, not even a prayer. Nothing worked.

Even more shocking were the glitches. This game was truly the WWE 2K20 of its time. I was baffled, befuddled, and stunned. There were characters running into and through each other. I was attacked by dogs which randomly disappeared and reappeared. There were shot creatures bumping into each other. One spiky creature attack through my character’s head, banging away like it was at a rock concert.

While it would have made for a hilarious blooper reel, it ultimately took away from the story and made gameplay frustrating. Resident Evil is known for its ridiculous over-the-top stories but that’s also what I found so appealing about the franchise. I enjoyed my plot points, and this was robbed from me.

In fact, the longer I played, the more I realized the gloriousness of the ship, the environment and the atmosphere was all a facade and got old rather quickly. Suddenly I found myself annoyed by everything.

The music was over-dramatic and distracting. I walked around a corner, here comes the music. Picked up a gun, more music. Plucked some herbs, music time. Every time I went inside a room or headed down the stairs, the music picked up no matter the activity or if any mutant was nearby. It was daunting.

Even worse, the majority of the gameplay was spent looking for herbs and scanning. I felt like a botanist. It became tedious. 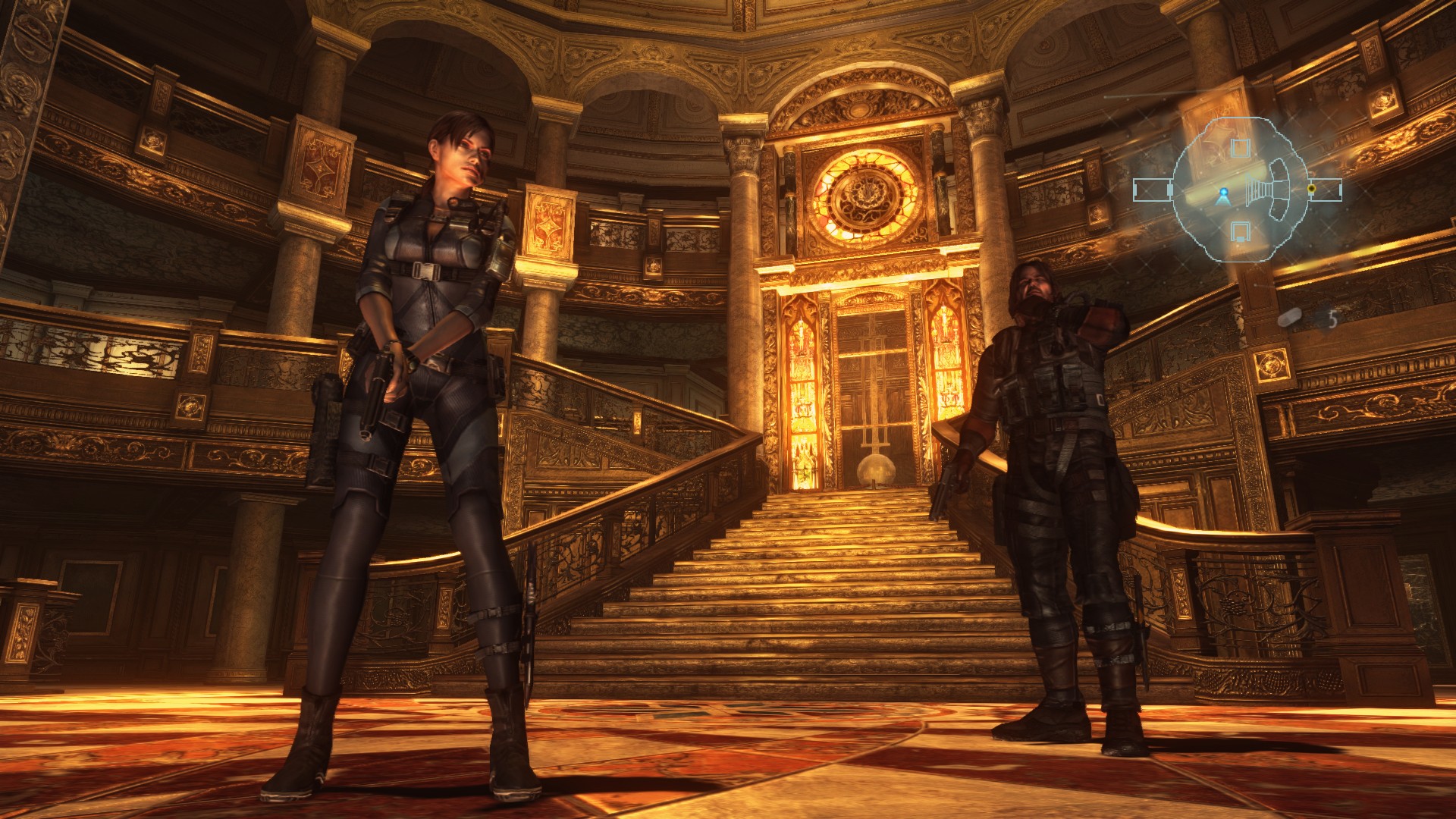 At the end of the day, Revelations never had anything new to add to the franchise. The combat was straightforward and dull. You’re just walking around with limited vision of a flashlight all unnecessarily. The camera was never utilized properly. The boss battles were standard and underwhelming. There was zero character development, the gameplay was slow, and overall, I was just numb again.

I forgot why no one remembered this game with fond memories and now I regret remembering it once more.

God Of War Is Coming To The Small Screen

Musical Numbers, A Mysterious Murder and The Batman – The Bob’s Burgers Movie Cast Reveals All

Willow Trailer Teases a New Adventure with A Familiar Face

Live-Action Speed Race Series in The Works at Apple TV+