Coming off the heels of last week’s first wave of content and programming, you will again see that New York Comic Con’s Metaverse will bring huge names from pop culture and entertainment to YouTube over the four day event for an amazing fan experience:

Inside the World of Wolfwalkers from Apple TV+

From Cartoon Saloon, the Oscar®-nominated animation studio behind The Secret of Kells and co-produced with Mélusine Productions, comes a magical tale of an unlikely friendship between two girls in 17th-century Ireland. A young apprentice hunter, Robyn Goodfellowe (voiced by Honor Kneafsey), and her father, Bill (Game of Thrones’ Sean Bean), journey to Ireland to help wipe out the last wolf pack. But everything changes when Robyn befriends a free-spirited girl named Mebh (Eva Whittaker) from a mysterious tribe rumored to transform into wolves by night.

In the Writers’ Room of Jurassic World: Camp Cretaceous

Kipo and the Age of Wonderbeasts: The Final Season 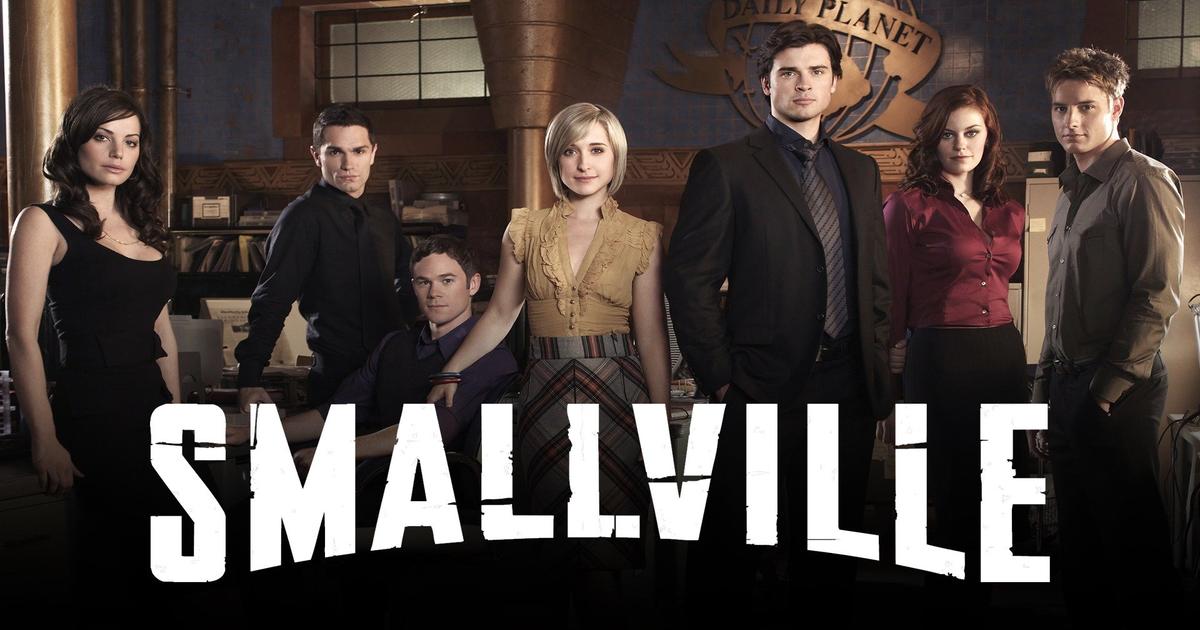 Join Tom Welling, Erica Durance, Sam Witwer, Laura Vandervoort, and Michael Rosenbaum on this look back at this groundbreaking show and a look ahead at what’s next for this Super-group.

Adam Savage is well known for his love of cosplay and his “Adam Incognito,” in which he walks the floor in costume, has become a convention staple. In this show and tell from his shop, Adam takes you through three of his FAVORITE costumes — Alien, Captain America and astronaut — one of which is handmade by Adam himself, one of which was a collaboration with multiple makers, and one of which was a commission.

Based on Gilbert Shelton’s acclaimed comics “The Fabulous Furry Freak Brothers” that sold 40 million copies worldwide, this new adult animated series is set in modern day San Francisco and features four cannabis-loving, time-travelling “Freaks” from the late 1960s – Freewheelin’ Franklin Freek (Woody Harrelson), Phineas T. Phreakears (Pete Davidson), Fat Freddy Freekowtski (John Goodman) and Fat Freddy’s Cat aka “Kitty” (Tiffany Haddish). Join some of the cast, Executive Producers and Showrunners for what is sure to be a hysterical conversation as they discuss bringing this 50-year-old comic book series back to life as an adult animation. This incredible cast (which includes Workaholics alums Adam Devine and Blake Anderson) and veteran Hollywood production team are set to release their 3 Freaks, Cat and bevy of other characters into the wild later this year.

All Aboard the Crazy Train! The Osbourne Family Goes Paranormal

Crazy…but that’s how it goes! Get ready as the First Family of Darkness makes their NYCC debut! In a Travel Channel special event, Jack Osbourne is taking his family – including Ozzy and Sharon– on their first-ever paranormal investigation.  For the first time ever, the Osbournes are giving fans a sneak peek into their hilariously haunted experience. Jack, Ozzy, and Sharon will reveal stories and exclusive video from their spooky family bonding experience. Viewers will hear about their investigation, ghostly findings, paranormal beliefs and all of the antics one would expect with an Osbourne family ghost hunt. All aboard!

Join the Cast and Executive Producers from the hit ABC & Sony Pictures Television series, The Good Doctor. David Shore, Freddie Highmore, and the cast will break down the season three finale and give fans an exclusive inside peek into what’s to come in the two-part season four premiere “Frontline,” about the Covid-19 pandemic.

Join the Cast and Executive Producers to discuss One Day at a Time returning to CBS after forty years, the future of the Sony Pictures Television series and importance of Latinx representation on television. Moderated by Ariana Romero, Senior TV Critic at Refinery29.

A Discovery of Witches S2 | Behind the Magic

Take a journey to the fascinating and treacherous world of Elizabethan London as Sky original drama A Discovery of Witches returns for season two. Enjoy a sneak peek at the new magical series, adapted by Bad Wolf from Deborah Harkness’s bestselling All Souls trilogy, including an introduction by Deborah herself and Bad Wolf Executive Producer Lachlan MacKinnon, as well as a Q&A with key cast Matthew Goode, Teresa Palmer, Ed Bluemel, Adelle Leonce and Steven Cree who will gather from the set of the infamous Congregation- in Wolf Studios Wales –  where witches, daemons and vampires meet and where they are also filming season 3.

Unlock what’s next in the world of Locke & Key, now a hit Netflix original series! Join New York Times best-selling author Joe Hill (Full Throttle, NOS4A2, Dying is Easy) and legendary artist Gabriel Rodríguez in conversation with series editor Chris Ryall, as they welcome you back to Keyhouse. Be the first to hear more about the next wave of comics and graphic novels in the Locke & Key franchise!

X-Men | The Art and Making of the Animated Series

Meet the creative team behind one of the most celebrated, revolutionary animated TV shows of all time as they discuss their new book, X-Men: The Art and Making of the Animated Series, by Eric Lewald (series showrunner) and Julia Lewald (series writer). The Lewalds are joined by other celebrated creators who helped make X-Men: The Animated Series, including Larry Houston (series producer/director), Rick Hoberg (series artist), Stephanie Graziano (production), and Sven Larsen (VP, Licensed Publishing for Marvel). Panelists will discuss what it’s like to develop, pitch, design, write, draw, direct, and produce a hit animated series, while showcasing never-before-seen production and promotional materials from the art book.

Step into Wakanda with Emmy-nominated William Jackson Harper and the award-winning writing team for Marvel’s Black Panther: Sins of the King, from Serial Box. Get an inside look into the upcoming immersive e-book and audiobook series and be the first to hear an exclusive audio excerpt from William Jackson Harper (The Good Place), who will be narrating the series.

In Conversation with All the Anime!

Missed your regular fix of MCM Anime? Join familiar faces Andy Hanley and Jeremy Graves from Anime Limited as they give a rundown of All the Anime’s latest exclusives, festival features and new releases. Continue the conversation over on the NYCC x MCM Metaverse Discord channel when the panel is over!

A Celebration of Revolutionary Girl Utena

Jackbox Games is back with the Jackbox Play Along area during NYCC x MCM Metaverse!

Join us on the New York Comic Con x MCM Metaverse channel for the chance to play along in the audience during some rounds of your favorite Jackbox titles, including new games from The Jackbox Party Pack 7 (coming later this fall).

The Jedi Mind – Lessons in Mindfulness from Star Wars

The code that all Jedi strive to follow offers principles for being at peace and learning. In fact, these tenets are useful not just in a galaxy far, far away, but here in our own world. While the Force isn’t present in our galaxy, we can still learn from how the Jedi use it to guide their lives. And we can use these lessons about the Force as a gateway to studying mindfulness and putting practices into action. Join us for an exploration of how the practice of mindfulness inspires and empowers some of our favorite Star Wars characters, and how we can bring some of that inspiration into our everyday lives. Panelists include Amy Ratcliffe, Managing Editor of Nerdist and author of The Jedi Mind; Ashley Eckstein, the voice of Ahsoka Tano on Star Wars: The Clone Wars and Star Wars Rebels, and founder of Her Universe; and Dr. Drea Letamendi psychologist and co-host of the Lattes with Leia podcast.

From memoir to retelling to identity exploration, these female graphic novel titans created their stories to entertain and inspire the next generation of women. Join Robin Ha, Kathleen Gros, Lily LaMotte, and Shannon Hale as they talk with Comics Beat editor-in-chief, Heidi Macdonald about their process, their visions, and how they managed to carve out a space for their excellence in a male-dominated world.

For the first time ever, the creative professionals behind the Hunger Games come together for one must-see event. David Levithan (Editor of the Hunger Games books) joins in conversation with Nina Jacobson (Producer of the Hunger Games films) to share their behind-the-scenes experiences in bringing  this wildly popular series to life. From bookshelf to big screen, it’s a lot of work being the real-life Gamemasters of a worldwide phenomenon! Watch as these creative forces reminisce about their time with The Districts and learn more about the Ballad of Songbirds and Snakes. Let the games begin!

The Grishaverse | Collaboration and Adaptation with Leigh Bardugo and Eric Heisserer

Leigh Bardugo (King of Scars, Ninth House) is a #1 New York Times bestselling author of fantasy novels and the creator of the Grishaverse. The Grishaverse (coming soon to Netflix in an original series titled Shadow and Bone) spans the Shadow and Bone Trilogy, the Six of Crows Duology, The Language of Thorns, and the King of Scars Duology—with more to come. In this virtual NYCC program, she’s joined by the showrunner of the Netflix adaptation, Eric Heisserer (Birdbox, Arrival) to discuss all things Grishaverse, including two new October titles: The Lives of Saints and Shadow and Bone: The Collector’s Edition.

Here’s your chance to meet Leigh Bardugo (King of Scars, Ninth House) in a personal online one-to-one video meet and greet! Tickets purchased will include a branded video recording of the entire experience as a memento, a copy of The Lives of Saints(with a signed bookplate) and a pre-order of Rule of Wolves.

What Could The Crypto Industry Learn From Online Casinos?

The Flash: The Complete Eighth Season Out on Blu-ray and DVD October 18th