After confusing fans for seven episodes, it was finally revealed Kathryn Hahn is the mastermind behind WandaVision; both literally and figuratively. During the “Breaking the Fourth Wall”  episode, Agnes the annoying nosy neighbor, revealed herself as essentially the showrunner, director and casting agent of the world Westview’s WandaVision.

While the writers of the Disney+ show lead us to believe Wanda was in control of creating an alternate reality (hello, Nexus) to escape instead of facing the death of her brother or robot love, Wanda’s false reality started to crack under the pressure when she could no longer have it all. As Wanda’s home uncontrollably transformed throughout the decades in seconds—it’s become clear there’s something strange in the neighborhood and

Delivering a performance of the decade(s), Kathryn Hahn has dazzled fans leaving everyone wondering how does this lead into Dr. Strange in the Multiverse of Madness.

The Koalition spoke to Kathryn Hahn about the role and what’s in store for Agatha “Agnes” Harkness which left us speculating how WandaVision’s tone will shift since the secret in the basement is out.

“In all those classic sitcoms there’s always that person that busts through the doors and sits on the couch but you never [know] their personal life, you never get to know anything about them. In that classic way, I was able to walk in as Agnes with all those beautiful tropes set up behind me to just build on.” But now everything has changed.

As Agnes, Kathryn played two roles as mind controlled “Agnes,” and WTF “Agatha Harkness, balancing two polarizing opposite characters. Both trusting and nefarious, Kathryn came prepared with perfect comedic (and literal) timing as she provided distractions for Wanda and theories for fans. Now as WandaVision shifts to the dark side (or Dark Hold), things are quickly becoming heartbreaking for Wanda (played to perfection by Elizabeth Olsen) as Agatha becomes of the star of the show (now with her own theme song!).

Kathryn is what audiences and casting directors like to refer to as an “effortless actor.” From her physicality to her commitment to a character, she offers a quietly disturbing touch to the character. It was a clear to everyone involved she was perfect for the role. Co-star Paul Bettany describes Kathryn’s casting as instantaneous and serendipitous.

“It was one of those miraculous things that happened. In my memory it all happened very quickly. It was a rare general meeting, which we don’t usually have a lot of time to do, but Kathryn came in and sat down with [Co-President of Marvel Studios] Luigi Esposito and she was a fan of what we were up to and we’re fans of hers and at exactly that same time we were sitting I think in that writer’s room trying to think of who to play Agnes.”

“It probably taken two [or] five seconds for somebody to say, “Wait, what about Kathryn? She was in yesterday.” We don’t usually cast like that. It’s not usually like, ‘Who came in the other day? Let’s cast them.’ It’s almost never like that, as a matter of fact, but it’s usually never as perfect as this. I think it happened very very quickly. I don’t wanna speak for [creator] Jac Schaeffer but I think also solidified the voice of the character [and] is the greatest nosy neighbor in the world right now,” Bettany continued.

When it came to crafting the role of Agatha “Agnes” Harkness, Kathryn was inspired by neighbor she once had. “We did have a neighbor that was very much like this as well that would pop over unannounced and we would definitely pretend to be excited to see them and it was always the worst timing.”

While the world of WandaVision was created as escapism from reality, it is a reflection of women roles throughout the decades both depicted on television shows and in society. The way women conducted themselves throughout the decade and how they were forced to change themselves to fit in with society is what Kathryn connected to the most. “I feel like this is the sitcom is always represented; this kind of aspirational view, this comfortable like ideal,” Kathryn said.

“The trick was not only to [represent] each decade but [to] present this kind of comfortable ideal. The structure of a sitcom, the set up, the misunderstanding and the resolution is such a comfortable comforting
structure that we have baked in us.” 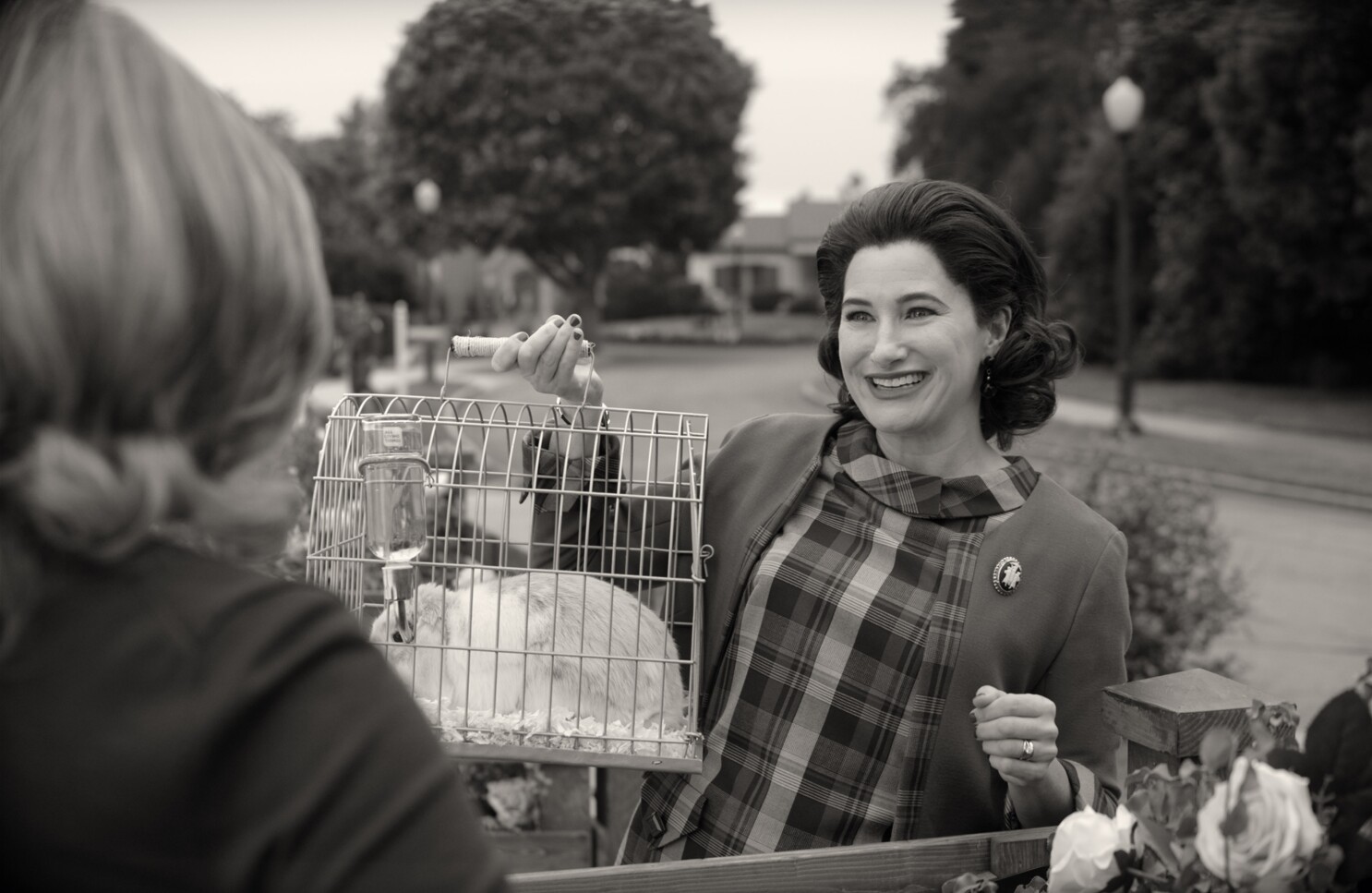 “The trick was to not satirize it, but to get inside of each one and that’s what I think was such tonally, such a trick to pull off which I’m still so blown away by [director] Matt [Shakman] and by Jac being able to do that ’cause that’s difficult tonally,” Kathryn finished.

The shift in tone doesn’t just affect WandaVision but the entire MCU. Gone are the days of feel good brightly colored superhero stories who act nobly where the only shock is the bad guy winning until he doesn’t. Yes, our heroes can die but what if there’s something even more sinister than death around the corner? As witnessed in the comics, the tone of Agatha Harkness’ arrival has ushered in horror that’s never been seen in the MCU that could include mourning the lost of children Tommy and Billy that Wanda’s “yo magic” can’t save.

In 2019, Kevin Feige and Scott Derrickson stressed “we’re going into the territory that drew me into the Doctor Strange comics in the first place, which is how they dipped into the Gothic and the horrific. “We’re going to make the first scary MCU film.”

It’s hard to believe Agatha’s journey is ending when things have just gotten started; and while we know Agnes the neighbor, we’ve just been introduced to Agatha.

“You didn’t think you were the only magical girl in town, did you? The name’s Agatha Harkness. Lovely to finally meet you, dear.”

The Stories Of Arendelle: An Interview With Myth: A Frozen Tale’s Creators

Beyond Infinity: Buzz and the Journey to Lightyear Featurette Has Landed on Disney+

The Boys Will Wreak More Havoc with Season Four Renewal