Stealth based gameplay at its finest.

There’s something about video games with a heavy focus on espionage, which entices players to keep coming back for more. That intoxicating, tense sensation of staying in the shadows, creeping across areas full of well-armed and tougher enemies, and making snap choices to sneak past them or take them down without leaving any trace of ever being there. You know the odds are stacked against you and if they catch you, you’re done for, but the fulfillment of slipping past an army of enemies from right under their noses is totally worth it.

In Invisible Inc. you’re not playing as a stealth operative, but as a squad operator that commands an entire team of operatives and sends them on life threatening missions to come back with enemy intel, rescuing fellow agents, and many other objectives deep within enemy territory. The situation is more tense, as you are responsible for your whole team and the decisions made that will affect the outcome of the mission. Developed by Klei Entertainment, creators of the highly acclaimed Mark of the Ninja, Invisible Inc. takes infiltration, espionage, and stealth action to a whole new, tactical level.

The gameplay of Invisible Inc. uses elements from Syndicate and X-Com. Here, you must approach objectives through espionage rather than straight confrontations. Your resources start out scarce and you only have 72 in-game hours to complete all your missions. If you fail to do so, your group’s AI hacking system titled Incognita will shut down and Invisible Inc. will be defenseless against the wrath of the corporations.

There are many varied missions from rescue operations, to acquiring intel that you can choose on the mission select screen. You control your agents on a grid-based map in a turn-based fashion. You can also assign certain actions to your agent, which comes in useful for certain situations. Peek around corners to see danger without exposing your agents, double your speed to quickly trek across spaces, or wait in ambush and take down a guard who was too curious for his own good. Incognita can be used to hack security cameras for increased anonymity, open safes for extra items, and disable generators to open more of the environment.

Don’t expect to rely on Incognita all the time though. You’ll need to hack consoles if you want to keep Incognita powered while also still being outnumbered by guards and a lot of surveillance equipment. Guards will become more vigilant if they notice that something is out of place, especially when they find one of their colleagues unconscious or dead on the floor. The more turns you take, the tougher it becomes to hack security systems. Also, more dangerous guards like drones and elites will begin to patrol the area should you take too long to complete your objectives. Furthermore, Daemons are deployed to counteract your hacking attempts and sabotage the agency. Once the corporations are on to you, they will pull out all the stops to bury Invisible Inc. for good. Luckily there are some very useful features for you and your operatives that can strengthen the team, improve your chances, and take the fight right back to the corporations.

Your agents will level up the more you use them and become much more adept with their job, adding more variety and fun to Invisible Inc. They can progress in sneaking, hacking, and strength anarchy. This gives you the chance to progress your agents in certain aspects. Some can become stronger, knocking enemies out for longer periods and carrying more items at once. Others may be more adept at hacking stronger firewalls or being able to move across greater areas.

On the mission select screen you can buy more items like cloaking devices and deadlier weapons like sniper rifles or non-lethal weapons like dart guns if you’ve gathered enough credits. You can even buy arguments which enhance the agent’s hacking abilities or strength. You’re also able to procure special items on the black market that enable more than regular items allow. Hacking server terminals during missions allows you to buy more programs for Incognita which increases power and hacking efficiency. You can also buy anti-Daemon programs which counteract the effects of the Daemon. Be sure to gather enough credits during missions because even common items aren’t cheap.

Building up your agent’s skills and arsenal of gadgets and weapons while using all these features in unison with cunning tactics will bring your team closer to becoming the toughest stealth operatives on the field and taking down the corporation for good.

The gameplay is highly intense, suspenseful and very exciting. It’s hugely tense and thrilling watching your agents go to work, sneaking past enemies, and taking them down with one strike before escaping with their objective completed successfully. It feels so fulfilling when things go exactly as planned and guards drop like flies while the area becomes your hacking playground. Sneaking up behind enemies’ blind-spots and slipping past them or taking them out never gets old.

Hacking is a ton of fun also, especially when you obtain the stronger programs to really give the corporation’s tech support a hard time. Your team’s stealth expertise and your quick decision making will always leave the power-hungry tyrants bewildered and stunned. Stay in the shadows, render their defenses useless, strike when their guard is down, and your unstoppable team of spies will walk away with the spoils before the bad guys know what hit them.

There is a ton of replay value to be had in this game. Maps are procedurally generated, meaning the layout is never the same every time you replay a level. There are much tougher difficulty settings to choose for your next playthrough and you can customize your own difficulty setting as well. You can choose how long the campaign length is, how many guards are on patrol, your starting money, the amount of safes and surveillance cameras in each level and much more. This game also includes support for Steam Workshop, so expect some very special content from the community in the near future.

It’s really hard to fault this game. The stealth mechanics of Invisible Inc. coupled with turn-based tactics are spot on and an absolute joy to interact with. The game is fluid and engaging with tons of features and replay value. There is one complaint unfortunately and that is the weak storyline. The setting is an exciting cyberpunk theme with stylish architecture and advanced technology. Cyperpunk always presents a fantastical, yet probable future where technology has intertwined with human society and culture more than ever. However, the context for the whole setting is rather weak.

There are so many gaping plotholes and unanswered questions that never get answered during the campaign. In fact, there isn’t much emphasis on the context at all. Who are these huge corporations? How did they take over? Who are Invisible Inc.? Where did Incognita come from? It’s a shame that the story is severely lacking in this game because the premise and gameplay, coupled together with a suspenseful spy-thriller storyline, could have truly made this game complete.

Invisible Inc. is truly a fantastic game. It’s deep, it’s challenging, it’s fun and it’s just so damn good. If you’re into espionage and stealth and even if you’re not, you’re in for an absolute treat with this game. There may not be much explanation for why you’re doing what you’re doing, but with everything that’s offered, you won’t really care about why you’re carrying out your tasks just so long as you get to continue sending your elite spies on the field to bring silent retribution on those corporate scumbags.

With perfected stealth mechanics coupled with exciting turn-based tactical gameplay and a plethora of features to make each playthrough a different and thrilling challenge, Invisible Inc. has taken its place as one of the best stealth video games ever made.

This review was based on a digital review copy of Invisible Inc. for the PC provided by Klei Entertainment. 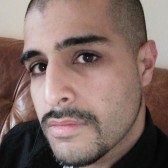