Don't mess with the best

The horror genre has been the butt of all sorts of experimentation these past few years. Location, tactics, and enemies have all been tampered with where we now have a cheeky little game where you break into your neighbor’s house just for the sake of it. It’s a brilliant thing to witness, and we wouldn’t be where we are today if games like Amnesia and the original Outlast didn’t come in to shake up the formula.

Nowadays, horror games that leave you defenseless are common. It makes sense – what’s scarier than throwing you up against creatures you can do nothing but run and hide from? Yet, they’ve gotten to the point of no surprise. Projected jump scares, lack of depth and disappointing stories are leading the genre into a creative rut. Outlast II is here to carry it back out.

It’s clear that developer Red Barrels took the criticisms of the first game into account, especially regarding its monotony as it progressed. Each aspect of Outlast has been improved upon, culminating into a thrilling experience that will make even seasoned horror fans feel like they’re losing their minds.

The sequel sheds the claustrophobic corridors of Mount Massive Asylum for the Arizonan desert. Journalist couple Blake and Lynn Langermann are searching for answers to a murder mystery. Their investigation has them flying out to the most remote of areas. A helicopter crash later, and Lynn has been captured by a Christian cult preparing for what they believe is the end of times.

It’s typical horror material, but it’s presented brilliantly. Exploring the village leads to explanations for cults reasonings, leading to an odd sense of humanity felt for them despite how horrific their actions are. Lead by prophet Sullivan Knoth, him and his people are merely afraid and searching for guidance during the supposed end of the world.

In addition, Blake’s past is back to haunt him. He flashes back to his time in a Christian grade school where his friend, Jessica, killed herself. These flashbacks serve not only as a story mechanic but also to break up the constant tension of sneaking through the village.

The first game’s story was intriguing at first but fell off towards the end. The main plot was overshadowed by the side narrative and neither had a satisfying conclusion. Outlast II is paced better, with fluid transitions between gameplay and cutscene. The side-story ties in with the main one and both left me satisfied with how they end. The two games tie together via a free comic series, “The Murkoff Account”, on Red Barrels’ website.

It’s the gameplay where Outlast II shines most, with tons of small tweaks and features that elevate it from the first game. The camera makes a return, now in 1080p. It works the same way: hold it up to record certain moments and for night vision. An indicator pops up to let you know you’re recording something important and is held there until completion. You can go into the camera and view these moments whenever you want, and Blake will comment on them. It’s not important for progression but it’s a great way to flesh out the story for those who want it.

It takes a while to record an incident, however. I would stand there for upwards of seven seconds recording a still image. These are precious moments where I am in the open, and I had to abandon recordings due to being chased. Most of them have no reason to be as long as they are, and that deterred me from searching them out.

The best new feature is the microphone. Pressing left on the D-Pad gives you an indicator of how loud sounds are. My favorite use is when I’m hiding in a room, door locked, and I’m unsure if an enemy is right outside. Instead of having to risk my life peeking, I can turn on the microphone, point it at the door, and get the all clear. Like night vision, this drains your battery, so make sure it’s a necessary use.

Blake is very agile. He can sprint, jump, climb, sneak, swim, and go prone. All are practical options for survival. There is no half-baked swim mechanic or prone thrown in just to make the game feel varied. This expanded skill-set requires an expanded world to get through and Outlast II delivers on that front as well.

Gone are the thin corridors and minutes of hiding from the first game. The areas in Outlast II are more open, and most have multiple ways of getting through. I can wait around a corner for an enemy to walk by, dive underwater and swim around them, or I can open a window, sneak through the house, crawl through a log, and sprint up a cliff to get away. The multiple pathways combined with the microphone means no more hiding in a locker or under a bed for minutes at a time. I hid in a locker less than ten times overall (on normal) and instead spend my time hiding in the shadows or sneaking around enemies. While this openness tapers off towards the latter half of the game, it’s an appreciated touch.

The A.I. has improved immensely. In the first game, a pattern was realized and could be taken advantage of after a few deaths. Here they are much more unpredictable. There are still certain paths that an enemy takes, but the variety of paths are higher in number, and they will randomly stray for a little bit before returning to it.

The first Outlast had a recurring enemy – Chris Walker. While he was big and scary, he acted similarly to the rest of them. Outlast II‘s answer to that comes in two forms. The tall and lanky Marta and a small Gollum-like creature riding on top of an executioner. Instead of them acting the same as normal, these “mini-bosses” can’t be hidden from. Instead, they almost always know where you are and you must sprint away from them and any underlings that may accompany. The second boss is the only ranged enemy, and he shoots flaming arrows at you. This is a natural variation on the gameplay and forces me to run sporadically between cover points instead of making a mad dash to the exit. It’s tension-inducing and a good challenge.

Marta could have been implemented better. She always appears in front of you, and you have to play around to figure out how to side-step her since you can’t sneak around her. This sounds like a good idea on paper, but it lacks in execution. The few times I encountered her ended up being tedious interactions of me dying over and over until I could get a lucky break. Instead of me skillfully avoiding her, it turns into me sprinting towards her hoping I find a small opening to get through. My only true frustration during my play.

Outlast II ran beautifully during my seven hours with it. I experienced zero (zero!) frame drops as it chugged along at 60 FPS. The facial animations are passable with no noticeable issues though the models could enjoy some extra anti-aliasing here and there. Each house, barn, character, what have you, all look appropriately grimy and worn-down. One thing I like about Outlast is it doesn’t neuter itself. There are some truly gruesome moments in this game (the sequels answer to the first games finger removal scene comes to mind) and they all look relatively realistic. Environments are properly lit and I didn’t notice any texture issues.

The sounds accompanying these moments are clear and appropriately brutal. Voice-acting is great with no noticeably weak performances (and Shawn Baichoo returns to voice the protagonist!). The crunching of footsteps, the screams of distant psychopaths, the ambient sounds of the woods, it’s all properly mixed and you should never have a problem listening to what’s around you.

Outlast II’s score keeps you feeling tense, and at times it’s even overbearing. Sometimes it scared me more than what was going on in-game. A standout has to be a loud twang during some the sneaking pieces. I would be sneaking along in the grass, no enemies in my direct vicinity when suddenly “TWANG” and any sense of comfort is now gone again. Everything in Outlast II contributes to giving you an uncomfortable experience, and the score is no exception.

Outlast II is an unforgettable experience. Every aspect of the first game is expanded upon within good reason. It’s unrelenting from start to finish, and a surefire hit for horror fans. Jaws will be dropped, grimaces will be had, and squeals will be made. It’s the epitome of modern survival horror. This sequel was a long time coming, and it proves that Red Barrels won’t crack under pressure. They delivered a full experience worth your time and money.

This review was based on a digital review code for Outlast II for the Xbox One provided by Red Barrels. 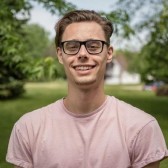