The Return Of The Diplomats?

After Funkmaster Flex’s Jay-Z rant, he premiered this track live on the air. Although questions arose when listening to Flex rant about his issues with Hov, the move to release this paints a more vivid picture of a possible motive.

This track definitely feels reminiscent of the 2004 Hip-Hop scene but somehow that doesn’t inspire the same sort of energy provided by diss tracks in this time period.

Couple that with Hov’s position in the culture, you may even find yourself asking if it even matters at this point in his career.

Do you think that The Diplomats are using this to reinvigorate their careers, or is this organic and fueled by nothing more than the principle to speak their peace? Let us know in the comments or let me know on twitter @MajorMason. 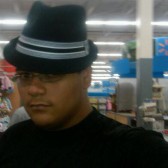