J. Cole plays house servant in the video for his latest single “G.O.M.D.”

Directed by Lawrence Lamont, the video for “G.O.M.D.” shows J. Cole rebelling against his owners with his fellow slaves by using their own rifles against them. 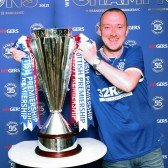