How the Oculus Rift Will Revolutionize Gaming and Possibly The World

Gaming has been around for about 40 years. From bulky 4kb cartridges to 50+ GB Blu-ray discs, and from joysticks to motion controls, it remains clear that the way the world plays video games has significantly evolved. It started with the Magnavox Odyssey in 1972 and throughout the years the design of gaming systems, how they’re played, and what they’re used for has progressed a great deal.

It’s no secret the gaming industry is competitive. Companies strive to outdo their predecessors and competitors while hoping to revolutionize the industry every time they release a new system. There’s no telling what the technological limits for the modern-day gaming system are, but the Oculus Rift hopes to test those limits and change the gaming industry and eventually human’s existence (yes, seriously) forever.

How the Oculus Rift Works

Before detailing what this exactly is in regards to gaming, one should know that a gyroscope is a device used for measuring or maintaining orientation based on the principles of angular momentum.

How does any of this fit in with gaming?

While the idea of this technology comes from a bulky instrument, this method of measurement has been scaled down since its inception. It wasn’t enough to measure the pitch, yaw, and roll with three relatively small sensors; now it’s been shaped and molded to fit into one digital sensor.

Let’s put things in perspective. The Nintendo Wii gaming system only features the triple-axis accelerometer in its wand, which measures static tilt angles for pitch and roll. Combine that technology with a triple-axis gyro, which can capture movements as quick as 2000 degrees per second, along with a triples-axis magnetometer, and you’ve reached a new level of possibilities.

The Oculus Rift incorporates this technology in a head-mounted display (HMD) that’s worn on the head or as part of a helmet, allowing gamers to feel even more in control and in the depths of their virtual reality. This Oculus Rift technology has also been used in the military and aviation.

The first prototype of the Oculus Rift used a 5.6-inch screen, which has now been upgraded to a 7-inch screen. Although a bit bulkier, the new panel’s pixel switching time is much faster and reduces latency and motion blur when users turn their head quickly. The LCD is also brighter; the color depth is 24 bits per pixel.

The panel’s resolution is expected to be 1920 x 1080 (effectively 960 x 1080 for each eye) when the consumer version launches. Each eye will have its own screen, which simulates normal human vision to give the user a true 3D stereoscopic experience.  This along with a 90-degree field of vision that essentially fills the wearer’s full sight and blocks out any actual reality, which gives the user an entirely immersive experience.

Planting the Seeds of a Human Revolution

Pair that with graphics that are inching toward photo realism and high-quality internet from sources like HughesNetInternet.net, there may one day be a time where the seeds planted by the Ocular Rift sprout and grow to become our (great, great, great grandchildren’s) reality. Where they’ll literally live in, do business in, and interact with others in (something like the movie Surrogates) a synthetic reality indistinguishable from the reality we’re accustomed to.

This may sound farfetched, but do you think Alexander Graham Bell thought his phone would one day essentially become a super computer in your pocket? No. So while this may be an idea of the distant future, this technology – like every other technology – will expand exponentially. Yes, that’s right, this generation is witnessing the birth of a new human revolution with the Ocular Rift.

While we anticipate this human revolution, we can familiarize ourselves with the first specifically designed game for the Oculus Rift, The Gallery: Six Elements, and some existing games, like Team Fortress 2 which was the first game to add Rift support.

The Gallery is a first-person action game that requires players to discover the Gallery’s meaning and escape it by finding six keys hidden in different worlds. Each world will have its own themes based on the six elements of life: air, fire, water, earth, love, and death. Gameplay will feature puzzles, physical challenges, randomized environments, and path-finding.

We can expect the Oculus Rift to roll out for PC in the next year or two and I would speculate something very much similar to the Rift on the next, next console generations (PS5, Xbox Two/720?) as either optional accessory or possibly they’re main input/output mechanism.

The future of gaming and human existence is almost upon us. How do you think the Oculus Rift and technology like it will revolutionize gaming and eventually the human experience? 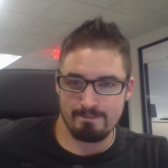