Remember Jade Raymond? The face of the first Assassin’s Creed game has been missing from the public eye for a while, but the head of Ubisoft Toronto is back, working on Splinter Cell Blacklist and has some interesting things to say about the series.

Talking with Eurogamer, “One of the things that held it back is despite all of the changes that have happened over the years, it’s still one of the more complex and difficult games to play.

“Even though we do have core fans who are like, ‘Oh, I want to have more of this experience,’ when you play any other game that has stealth elements, they’re all a lot more forgiving than Splinter Cell. I guess Splinter Cell stayed with the most pure approach to that stealth experience.”

“Splinter Cell still really is a thinking game,” she added. “It’s really about being intelligent and taking that time in the first phase to plan out how you’re going to do things, and understanding the elements, and even planning your gadgets and your load-out and being smart about it.

“That’s where you get the thrill, but it’s a different way of playing than most games on the market these days.”

She seems to be indicating that Splinter Cell will be going back to its stealth roots again after Splinter Cell Conviction which was a very action focused game. Personally I really enjoyed Conviction as purely stealth focused games aren’t really my thing, so hopefully Raymond’s team can strike a good balance between stealth and action.

Let me know in the comments what you think of Raymond’s comments and whether you’re looking forward to Blacklist or not. 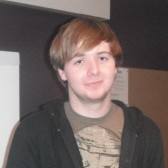