Based on the bestselling comic book, Ray Garrison (Vin Diesel) is an elite soldier recently killed in action, brought back to life as the superhero Bloodshot by the RST corporation. With an army of nanotechnology in his veins he’s an unstoppable force – the strongest warrior the corporation has ever created – and able to heal instantly. But in upgrading his body, the company is also manipulating his mind and memories. As he begins to remember his past life, Ray isn’t sure what’s real and what’s not – but he’s determined to take back control.

A superhero not just trying to get the bad guys, but trying to figure out if he can trust what’s in his own mind? That’s heavy stuff – and that was precisely the draw for Vin Diesel. 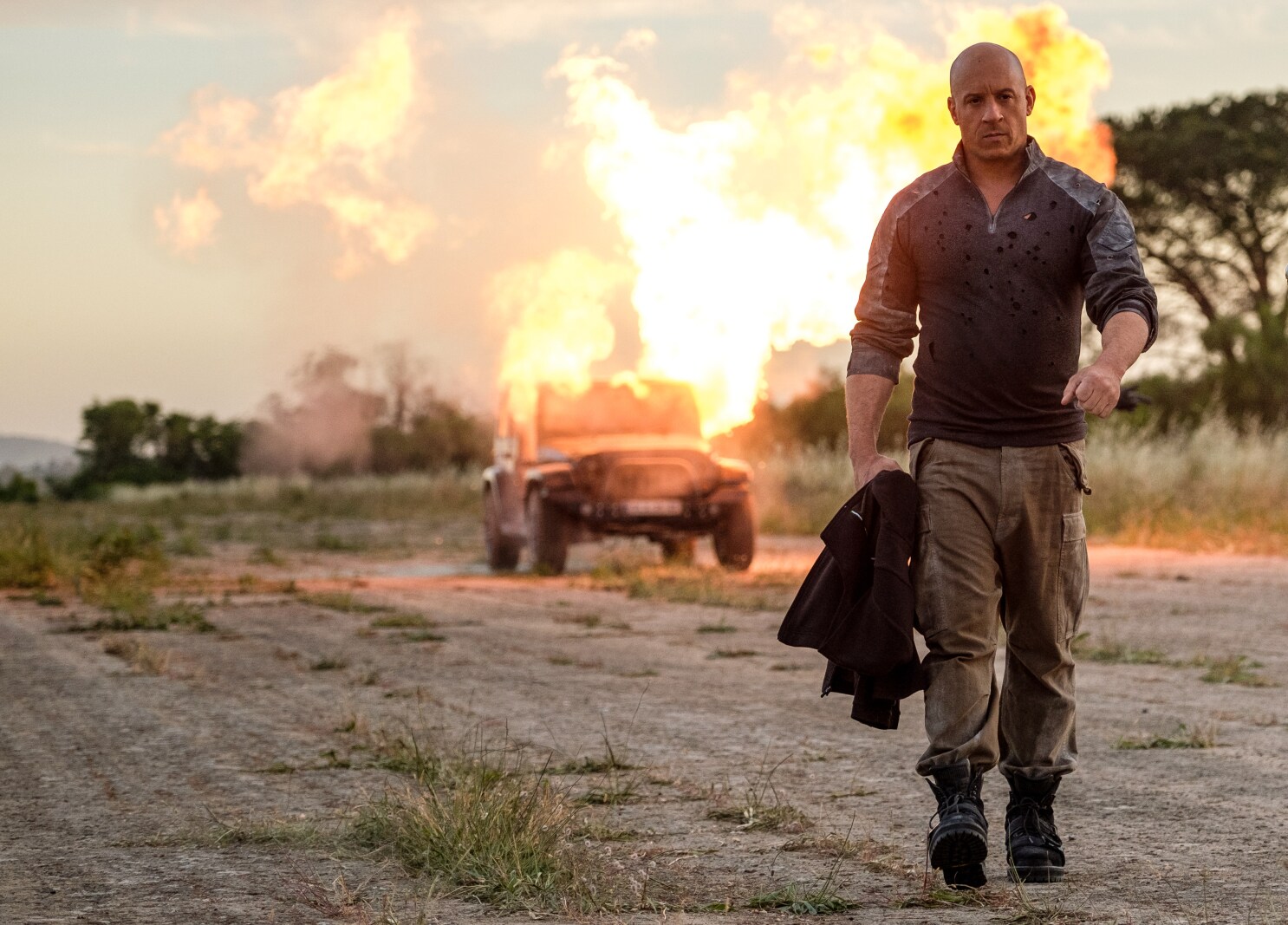 Not to mention that bringing to life the most popular character in Valiant Comics’ lineup provided a once-in-a-lifetime opportunity. With a wide readership of over 81 million comics sold, the Valiant books possess a diverse array of characters encompassing a wide variety of genres, tones, and demographic groups. Famed for presenting superheroes who are ordinary people in extraordinary situations, these heroes are complex characters that reflect contemporary society, politics, and diversity of the modern world.

In that way, Diesel says Bloodshot is unique because while his powers are striking and fun to watch, it’s what’s going on inside that counts. “His mind has been controlled,” says the actor-producer. “He’s a badass soldier with unique abilities due to the nanites in his blood, but what’s fascinating about the character is that he’s motivated by something we’ve all been motivated by – the love he can’t forget. And what’s tragic about the character is how that love is manipulated into betrayal.”

What makes Bloodshot different than any other superhero is he’s more complex, more complicated, more emotional. During the movie, audiences will see that for so much of the journey, he’s not sure if he’s doing good or if he’s doing bad – there’s incredible internal conflict in his character; an emotion Vin is able to internalize by agonizing over every decision as the story develops.

For Diesel, a superhero exhibiting a real Achilles’ heel feels very grounded – and the actor says the character’s heroic side is just as grounded. “If you ask guys in the military who their favorite comic book character is, it’s Bloodshot,” he notes. “Ray’s core values are the core values of anyone that’s ever served.”

Because of that, Diesel says, the audience feels a deep empathy for the character that is completely unique. “I’ve never seen a character like this – someone who can be focused exclusively on the mission, but you in the audience are feeling for him, because you know that the company is exploiting him. His motives are good, so you just want to see him get what he wants.”

This is a completely different character from anything Vin has ever played before. He is obviously as physically formidable as Vin’s other characters, but from an emotional standpoint, he is very vulnerable. He is being manipulated, he doesn’t know who he is, and he’s broken.

And that feeling of being manipulated – the injustice of it – is something that maybe we can all relate to, Diesel says. “I feel that anyone can identify with feeling manipulated,” he says. “As we watch the news in our daily lives there are so many moments that we’re feeling force fed or being manipulated. I like the idea of a hero with powers whose real battle is against that.”

The character – a superhero augmented and evolved through technology and science – was also a chance to explore the intersection of technology with our daily lives. Bloodshot is certainly a superhero, but his powers come from technology. In that way, it’s very grounded in the idea that technology is all around us. IT gives us an illusion of control over our lives – even though, technology is rampant and controls our lives.

Everything Bloodshot experiences might not be all that far off from reality. We’re already seeing people with advanced prosthetics, which because of advancement in technology continues to become more advanced. One day you might be able to buy strength, then intelligence, because we live in a society defined by what we can afford. These are some of the questions raised in the film.

These were all ideas that were explored in the original Valiant Bloodshot comic books. At the height of the comic book craze in the 90s, Bloodshot was a huge seller and highly collectible. Coincidentally, on the day Superman “died,” Bloodshot #1 was introduced to the world.

Bloodshot resonated because he represented a new type of humanity in comic book storytelling; instead of somebody being extraordinary before he became a superhero, or the greatest solider who ever lived, Bloodshot is just your everyday average soldier who only becomes extraordinary through the events of the comic books – he’s a regular person in an extraordinary situation.

At its essence, Bloodshot is a story about relatable people fans care about and can root for a better tomorrow. “This guy had no idea what kind of man he was before he was resurrected, and the discovery is sometimes jarring when he finds out. Bloodshot is a person with a moral compass, with values,” say Diesel.

Bloodshotis not a traditional superhero-vs.-villain story, his true mission has always been trying to put away his past and figure out what kind of man he’s going to be.

In the wake of the coronavirus pandemic, Sony Pictures will release Bloodshot digitally months early, on March 24th. The Valiant Comics adaptation will be available for digital purchase for $19.99 in the U.S. with all leading retailers.

LOVE ME TOO by Krypt – New Album

Prey Spoiler Review – The Best Predator Movie in the Franchise?

Peter Jackson Will Be Watching The Rings of Power Series

Jared Stern & the Beauty, Hilarity and Warmth of DC League of Super-Pets