In 2009, a 29-year-old Lin-Manuel Miranda walked into the White House to perform what was known as The Hamilton Mixtape for President Obama, the First Lady, and other luminaries as part of a White House evening of poetry, music, and spoken word.

He had one song and a concept album idea. A collection of raps about the life and times of Treasury Secretary Alexander Hamilton, one of America’s founding fathers, inspired by the book Alexander Hamilton by Ron Chernow.

Taking the stage alone, he grabbed the mic, looked into the eyes of the audience and declared, “I’m thrilled the White House called me tonight because I’m actually working on a hip-hop album. It’s a concept album about the life of someone I think embodies hip-hop: Treasury Secretary Alexander Hamilton.”

Mustering all his confidence, he chuckled along with the crowd but continued, “You laugh, but it’s true. He was born a penniless orphan in Saint Croix, of illegitimate birth, became George Washington’s right-hand man, became Treasury Secretary, caught beef with every other founding father. And all on the strength of his writing I think he embodies the word’s ability to make a difference.”

Despite the nerves, despite the laughs; he performed.

Then something mesmerizing happened. It was at this moment that the world questioned how did a bastard, orphan, son of a whore and a Scotsman, dropped in the middle of a forgotten spot in the Caribbean by providence impoverished in squalor, grow up to be a hero and a scholar?

The performance won an immediate standing ovation from the crowd, which included then-President Barack Obama and First Lady Michelle Obama.

What started out as a concept inspired by a biography he read while on vacation, slowly evolved into one of the greatest modern-day musicals to exist, winning 11 Tony Awards, an Olivier Award, the 2016 Grammy for Best Musical Theater Album and the 2016 Pulitzer Prize for Drama.

Hamilton is a story of America then, told by America now. Featuring a score that blends hip-hop, jazz, R&B, and Broadway. It takes the story of American founding father Alexander Hamilton and created a revolutionary moment in Theater—a musical that has had a profound impact on culture, politics, and education. A musical whose cast were all people of color. It was unheard of, it was groundbreaking, but more importantly, it was inspiring.

It was an instant hit. 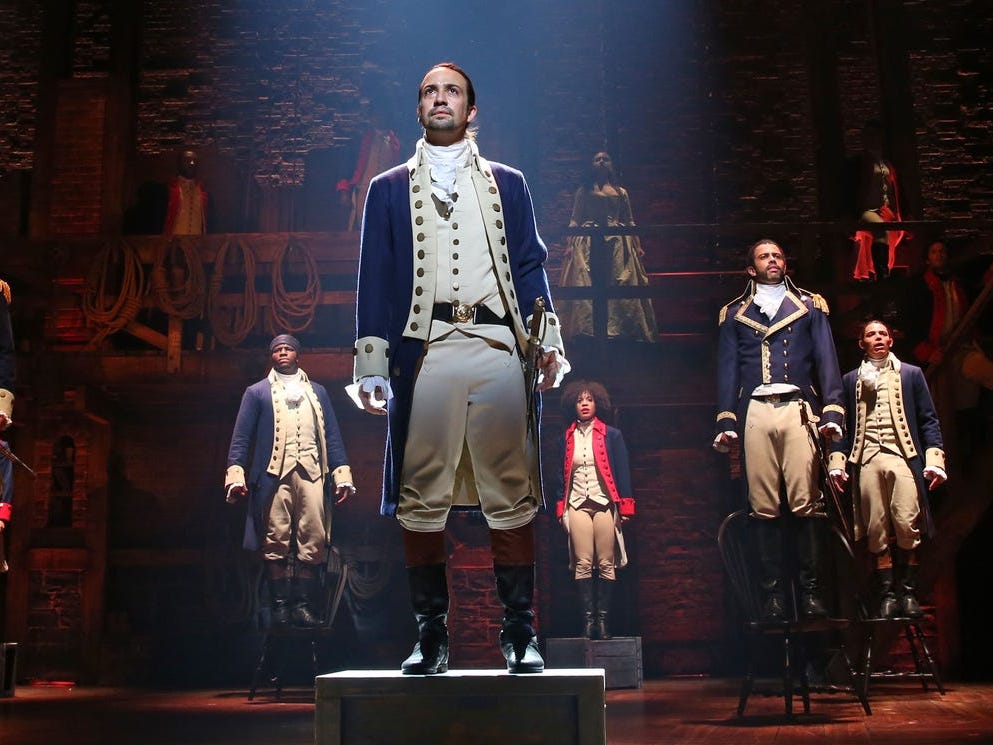 Within the five years of the show’s first Broadway performance, thousands flocked to see the show, including Vice President Mike Pence, celebrities, and Chernow the author who unknowingly started a phenomenon.

Ticket prices range from hundreds to thousands of dollars and were almost always sold out. To accommodate the hundreds of people who flocked to the Richard Rodgers Theatre for a chance to enter and win $10 Hamilton tickets, Miranda set up performances outside the theater with members of the cast and other Broadway actors.

For many, a Broadway show is a luxury, and despite great efforts, millions were still shutout from seeing the show that took over the rap world when Miranda dropped The Hamilton Mixtape, a mixtape album featuring assorted songs from the musical by various singers and rappers like The Roots, Ashanti, Ja Rule, Kelly Clarkson, Nas and more; debuting at number one on the Billboard US Top R&B/Hip-Hop Albums.

Even with the international and US tours, it still wasn’t enough for fans and Miranda knew it.

Then a miracle occurred on February 2020 when Miranda and Walt Disney Studios announced a film version of the Tony Award-winning musical featuring the production’s original cast and filmed onstage at The Richard Rodgers Theater, in New York City would get a theatrical release on October 15th, 2021.

Fans all over were elated and counted down until they would finally get a chance to see one of the most popular musicals that impacted not just musical theater but pop-culture.

Time passed and then lives forever changed when COVID 19 became a global pandemic. Lockdowns were instituted, theaters shuttered around the world, and people sheltered-in-place for the safety of their lives and others.

The world literally turned upside down. 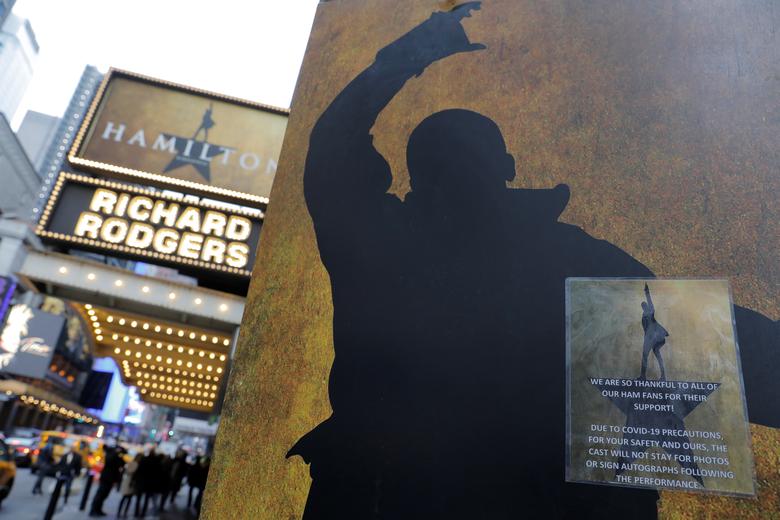 Now with more people at home, Miranda and Disney had a brilliant idea to fast-track the release. Not only will Hamilton be released 15 months early — July 3rd, 2020, to be exact — but it’ll stream exclusively on Disney+.

The Koalition spoke to Miranda about his incredible journey from stage to screen, the moment he decided to release the film version and more.

“The world changed and I think it took us a while to realize Hamilton wasn’t gonna be playing in any theaters live in our, you know, five productions and our production in London for a long time, and that took us a minute.”

“It took us a minute to adjust to sort of the new timeline of the world. And you know, over the course of that happening, of course, we heard from people who were like, hey, we hear you have a Hamilton movie. Um, we’re all home. [LAUGHS] Uh, would you please give it to us? We also heard from people who had tickets to see the show somewhere in the world and weren’t able to go. And it’s an incredible-it’s been an incredible gift. Director Tommy Kail has been working on this movie for the past few years, like over and over.” 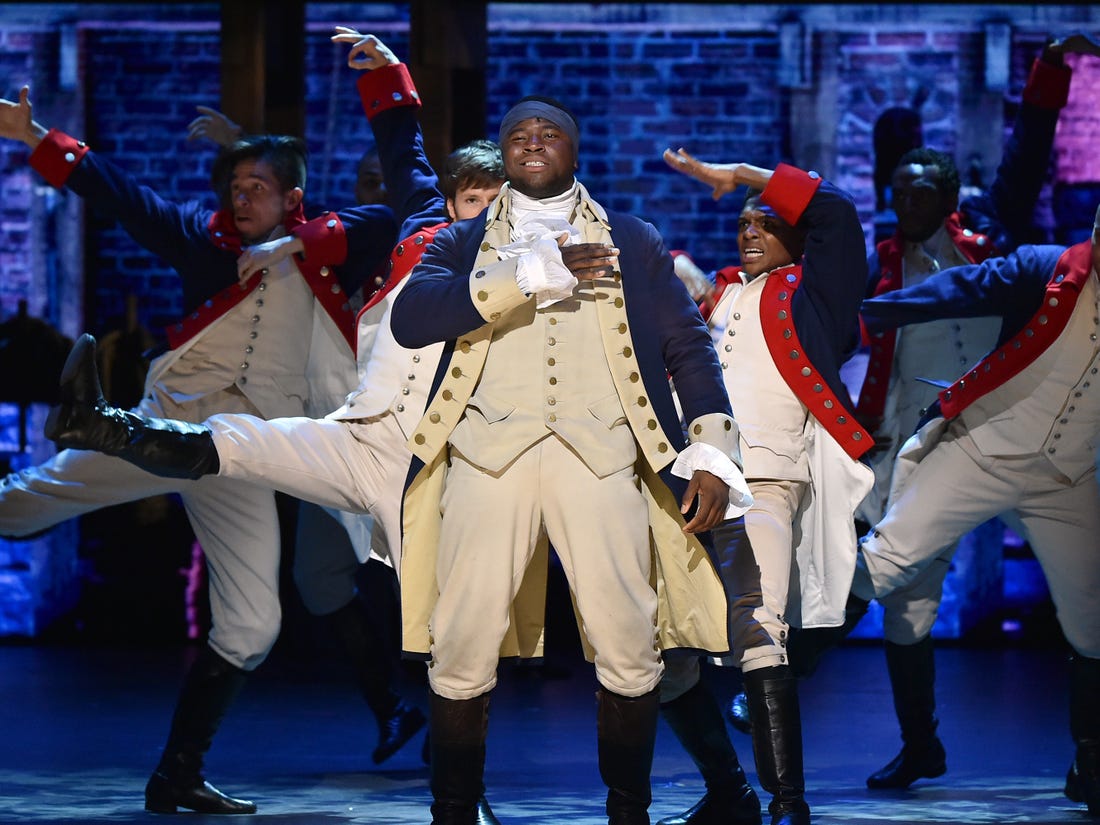 “Like checking in, he’d edit, he’d give it six months of rest, then give it another edit and we just sort of realized this is an incredible opportunity. We always said we wanted to democratize, the world seeing this company doing this show, and it just felt like a good opportunity, and it happens almost exactly on the five-year anniversary that we filmed it which is even more extraordinary.”

“Yeah, this might be the best-rehearsed movie of all time; outside of maybe like certain David Fincher scenes. I don’t know another movie cast that got to do like literally hundreds, if not thousands, of performances before the cameras went on. But our job was not to think about that. Our job was to do our show. And just to keep a little bit of praise on Director Tommy Kail, this is better than the best seat in the house at Hamilton.”

“You have no idea how something’s gonna do, you know, six years writing it, gathering this incredible cast, some of whom were with us just for the journey to Broadway, some of us who were with us for years. Um, and we’ve been running for five years and I think more people will see Hamilton between July third and fifth than have ever seen it before. So I don’t even know how to wrap my mind or my heart around that.”

Hamilton on Disney+ was filmed over the span of three days, June 26th, June 27th and June 28th of 2016. Capturing two live performances at Sunday matinee, and a Tuesday evening performance, the cast worked with an audience non-stop. Positioning cameras in the audience, they had six cameras with six camera operators and then three fixed cameras so the viewer at home could catch every detail of all the action. Steady cams, crane and dolly shots help take the viewer inside the musical numbers like never before, bringing a sense of intimacy to the scene.

“The other thing Tommy does so well is capture so much detail, so you are seeing how exacting that ensemble member is even if they’re not the one speaking at that particular moment. Tommy’s everywhere the camera needs to be. And, I’m grateful for seeing details I never saw in the show while I was performing it. I see something new every time.”

What Miranda and his team were able to accomplish is an entirely new experience for those who have seen the show numerous times or just listened to the cast album. Hamilton on Disney+ is its own experience. Through this technique, they have embraced the love of theater and the unique experience that theater brings. Combining classic cinematic techniques to a musical that made waves worldwide is a feat unto itself.

“Like if you’re in a theater watching this performance, you can choose what you want to look at. You can choose to look at the surround and what’s happening over there. You can choose to follow one ensemble member throughout the whole performance. So this is just one way of seeing it, and I think Tommy’s done such a fantastic job of being able to capture the performances that are happening, as well as the dance that’s happening behind and focusing your eye on the things that really give one perception of the story.”

“I’m really with what we have and it feels like it’s a really good capture of where the show was at that time. So, it would be kind of cool to see what the differences are when and what other ways the show could be interpreted.”

There are special touches Kali added to help the audience feel the emotion or understanding a character’s perspective.

“This is a seat no one else could have been granted because Tommy goes over our head during the song Reynold’s Pamphlet. Tommy very deliberately breaks the proscenium in places it’s really thrilling. It honors our choreographer, Andy Blakenbuehler’s incredible work, the incredible work of our ensemble members who were like this unit unto themselves, all with their incredible individuality.

“You’re always getting story and I can’t say enough about Tommy’s work in putting this together, and Alex’s work in this sounding glorious. You know this is gonna sound incredible in your home.”

Reflecting on the success of Hamilton, Miranda remembers a quote Priscilla Lopez told Lin backstage at In the Heights. “Every time you make something, you’re throwing rocks into a pond and you have no idea what ripples will come back’ and I see those ripples come back, as I see Anthony Ramos who’s a movie star and is so incredible in our In the Heights movie that’ll come out next year.

Hamilton has become more than a musical that generated revenue of more than $1 billion. It sparked about conversations about race, equality, made children interested in learning about history. Hamilton’s hopeful portrayal of an America with POC portraying the Founding Fathers, speaks to the generation of the Obama presidency. The hyper-partisan political atmosphere of the early days of the Republic effortlessly shines in the Trump era. While the friends-to-enemies intertwining relationship between Aaron Burr and Hamilton showcases the deadly outcome and emotional toll of toxic political rivalries seen today.

“I’m most excited, really, to see how this inspires these young people to pay more attention to who’s in charge and be vocal with texting, writing e-mails, and all that stuff, as well as with their voices.”

“I know when I see a sign at a protest out in the street that says, ‘history has its eyes on you,’ or ‘tomorrow there’ll be more of us,’ I know the language of the show is connecting in a way that makes me incredibly proud.”

Encanto at the Hollywood Bowl Is Headed to Disney+