March of the Eagles Hands-On Preview – A Tall Order

We were given a chance to sit down and try the closed beta of the latest of Paradox Interactive’s games March of Eagles.  I am personally a huge fan of Paradox’s franchises, having extensively played each of the Europa Universalis, Crusader Kings, Hearts of Iron, and Victoria series, and was eager to have a go at March of the Eagles.  At first glance, it closely resembles Europa Universalis 3, given its use of Paradox’s new graphics engine “Clausewitz,” though it does seem somewhat tweaked, improved, and optimized over its earlier incarnations.

The basic premise, like most of Paradox’s sandbox style games, is that you can choose any nation from a set time period, in this case the tumultuous Napoleonic Wars, from 1805-1820.  For the beta, the only available start date is 1805, and it is unclear if this will be variable upon full release.  The game suggests any one of the eight “major powers” of Europe at this time, which include France, Spain, Britain, Sweden, Prussia, Austria, Russia, and the Ottoman Empire, each of which the game assumes you can have the possibility of achieving victory.  Any nation is playable should one desire an immense challenge.

Victory is not as relative as most of Paradox’s games however, as there are set conditions for victory – much like the Hearts of Iron series, there are special provinces in the game for you to conquer.  These provinces count towards your total “land dominance” and “sea dominance,” with dominance in both required for an instant victory.  Should no country succeed in conquering all their objective points by the end of the game (1820), the country with the highest prestige wins.  In the spirit of the era, I chose Napoleonic France, to get a good feel for how the game plays with what is likely to be the single most popular choice.

At first glance, the interface looks very similar to Europa Universalis 3, and contains many of the same features.  I can toggle the view to show political borders, terrain, diplomatic status, culture, manpower, supply, and the usual array of options.  Domestic options appear to be trimmed down but have many of the trappings of Europa Universalis 3, in that I have a leader with particular abilities and stats, and government type, culture, etc.   The units, and combat, in contrast, appear more like Hearts of Iron, especially given my ability to more closely micromanage armies’ generals, configuration (separate flanks!), and composition.  Here, I found Napoleon’s own command in the Grand Armee, currently hanging out near the channel.

My situation at the game’s start is that I am at war with only Britain, but this war widens quickly, as I crank up the game speed and organize my armies in preparation for not only war with Britain, but any of the other big powers who might try to stop me.  Some domestic options available to me include pursuing innovations of my army, navy, economy, or a breadth of other options, but these seem largely tangential and mainly for specialization and improving my war effort. Each country also appears to have its own unique ideas. I of course pursue land technology – how else am I to spread Republican ideals to my neighbors? By force.

Shortly after cranking up the game speed and positioning my armies to invade England, I was informed that Britain was mobilizing Europe against me.  First to join them was Russia – a distant threat, not really interrupting my current plans.  Some German minor states followed, as does Portugal, but they could be ignored, because I had only one prize on my mind – London.  By destroying the headquarters of my main opposition, I could neuter their navy and rid myself of their pesky blockade, which had begun wreaking havoc on my economy and raising the war weariness of my citizens.  Perhaps missing the enormous fleet I massed by their shores, I was able to ferry L’empereur across the strait, and engage the British forces just south of London.  .  Not much player input is required – I simply watch as my forces destroy the reactionary scum.

My victory is total and absolute, and a bunch of my Generals gain cool new traits such as “Fast Marcher” and “Careful Planner”.  I use this to quickly plan a march to London.  A year passes, and before I know it, the entire British Isles are occupied by my armies.  Having dispatched my main enemy, I go to the bargaining table – only to find that, since this is a beta, I am unable to free the Celtic nations or otherwise place crippling peace punishments on my enemy.  As I cannot dismantle their empire, I simple extract much of Southern England from them.  Here you can see the territory controlled by France, in crosshatched blue.  The parts controlled by Britain are pure pink.

I played the game for a few more hours, managing to liberate Poland and much of Germany from the yoke of Reactionary Monarchy.  The experience was overall very positive, though a sense of tedium set in after some time, and many problems arose that I have been assured, and hope, will be resolved in full release.

First, the positives: The game looks and runs fantastic, and while this may seem a given, any veteran of a Paradox release understands that its past is rife with glitches and serious technical issues, especially on older machines.  While my computer is admittedly rather well equipped to handle the load of paradox simulations, this game seems well optimized and its more limited scope should ensure that even older CPUs can run without any difficulties.  Further, the incorporation of some Hearts of Iron elements, with the relative simplicity of Europa Universalis combat, has made this one of the more intuitive games Paradox has yet released – I was able to dive in with minimal learning curve, though admittedly, my experience with past games may have been largely responsible.  The domestic and construction side of things seemed largely optional, in the short run, though on harder difficulties, I could see how important this aspect of game play might once your original armies fall, and a broader coalition rises against you.

A couple other interesting innovations to this game caught my attention.  There seem to be periodic forts placed within set cities, but not all provinces, and these cities seem to exert influence on the adjacent territory.  Without taking the city, the adjacent territory will switch back to the home state’s control if you move your forces out, and in peace treaties, these cities bring the surrounding territory with them when demanded.  This made defending territory much easier for nations I invaded, and also made borders look a little bit more natural, as fewer exclaves were formed from piecemeal negotiations.  The Flank system, while initially a bit overwhelming, does add some depth to combat, and gives those who love to tweak and tinker with their armies something to focus on before combat begins.

On the negative side, a few problems stuck out more than others.  I should first preface that, since this is a beta, many, if not most, of these concerns will be addressed upon release, with the lack of AI and game balance problems having been personally addressed as still in development by Paradox staff.  These two problems made the scenario as Napoleonic France a complete breeze – as seen by my conquest of London, and complete lack of naval opposition by Britain, within months of starting.  After this, the game became rather tedious – I won virtually every battle, and spent more time playing whack a mole with tiny armies seeking to run behind my lines and dodge my larger armies, than actually doing anything interesting.  Full release should see the AI putting up a tougher fight, and balance issues fixed so that the AI has more power behind it to do so with.  As you can see, the construction options can be a bit dizzying in scope:

I found that while the domestic side of the war’s optional nature did make the game more accessible, it also made it a little shallow and sometimes tedious.  Building armies requires you select a province and add to that particular province’s selection queue, something I’m not a fan of, and is a holdover from the Europa Universalis series.  While this is fine in smaller states, in large empires it requires you furiously click all over to produce a number of troops, then micromanage their distribution and organization, something I ended up just doing en masse and squishing them together in larger armies to save time.  More depth in this regard, and innovation in organization along the lines of Hearts of Iron, might have been more appreciated.

Overall though, I enjoyed March of the Eagles, and am eager to give it a go in full release sometime soon this year.  With tweaks to the AI and Balance, this can be another great game released by Paradox to augment their already rich array of historical simulations, and prove to be a bit more accessible to gamers not wanting to stare at decades of peace, while still preserving much of the depth of their other series that we have come to expect.

Are you looking forward to this latest offering from Paradox? Let us know your thoughts in the comments below and be sure to check out our exclusive (an extremely in-depth) Q&A with game designer, Chris King, right here. 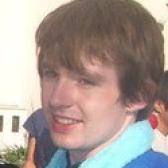