What If these horror movies were turned into video games?

Last week, Sega released their highly anticipated first-person survival horror stealth game set within the popular Alien universe that fans know and love. Alien: Isolation is not only the perfect way to make an Alien game, but it also opens up the possibilities for other horror films that could eventually be made into games too down the road.

Next to Freddy Krueger and Jason Voorhees, Chucky is another fictional character that has held a strong and loyal fanbase over the last few decades. The story of a sadistic serial killer who has his soul transferred over to an unsuspecting Good Guys doll could not only make for a good story but it also has all the makings of death and destruction around every corner.

My vision for a Child’s Play game would work along the lines of a first-person action stealth title where the player controls Chucky and has to think of elaborate ways to kill people without drawing attention to himself. The concept behind this would be similar in nature to the Hitman games except with the fact that you are playing as the antagonist from start to finish.

The main objective of the game would be for Chucky to finally reunite with Andy Barclay and exact revenge on him for not cooperating with him in the past. Furthermore, Chucky has the ability to transfer his soul into other people and it would interesting to see how everything plays out. Murdered: Soul Suspect was a game that experimented with possessing people and pets and therefore it’s definitely possible for these elements to appear in this game too.

From Dusk Till Dawn

Robert Rodriguez’s infamous black comedy horror thriller surprised moviegoers when it debuted at the box office way back in January of 1996. From Dusk Till Dawn may not necessarily be the best horror film on the planet, but it does have a bit of a cult following in some circles.

With titles like Dying Light and Dead Island currently occupying the zombie survival horror space, it would be interesting to see something along these lines come completely out of the blue. From Dusk Till Dawn could essentially work as a first-person action adventure title where guns are just a few of the weapons at your disposal. Where the game could outshine others is in the story department as we can get a deeper look into Seth and Richard’s lives before the incident. This game could also allow players to build up meaningful relationships with one another, thus making it even more difficult to kill that person once he or she becomes a vampire.

This movie takes an interesting approach to vampire films by bringing the sinister legendary monsters to Alaska’s 30 Days of Night. The month long “polar night” is the perfect setting for a survival horror vampire flick and would be equally fitting for a 3rd person action/survival/horror title.

The movie follows the sheriff of Barrow, Alaska as he attempts to corral the living and survive until sunrise. The rest of the film is solid, but this premise alone is a great start for a video game. Players take control of character of their choice/design, highlighting specific strengths and sacrificing on others. An example would be someone with a high persuasion stat that can keep the group focused even in dire situations, but he/she may not be as intelligible when it comes to crafting weapons to defend with.

On a grander scale, the 30 Days video game would be a slow paced fright fest centered on resource management. The setting would be a very dynamic open world sandbox with various items around to be disassembled, crafted, and/or collected. Each playthrough would yield a different set of survivors, each with their own benefits. You could end up with a couple extremely quick runners who can loot quickly to yield more materials to craft with or distract vampires when encountered or you could end up with a few folk that are talented at building defensive structures when you find a hub for your group. You could also end up with one of the vampire’s familiars infiltrating the crew. The potential is nearly endless.

State of Decay is the closest we’ve come to this reality in a videogame but 30 Days would differ in it’s perpetual night and aggressive vampire antagonists instead of zombies. Regardless, that title’s concept would be a great foundation.

Cabin in the Woods

If you have never seen it, Cabin in the Woods is an absolute genius film that parodies/pays homage to the horror film genre in a truly unique and thoroughly entertaining way. In short, there’s a division responsible for crafting the various (of oft ridiculous) scenarios we’ve seen throughout the years. This team of people is also responsible for influencing the outcomes of said scenarios, whether it be a pheromone fog inciting sexual tension in the most awkward moments or even that timely trip up when a victim is on the verge of escaping. It’s an important job for this Organization of men and women, who are divided into various departments from demolition to electrical to chemical, and their ultimate goal is the prevent the destruction of the world as we know it (watch the movie to gain a full understanding).

Imagine a gamer taking control of these various departments within The Facility in a top down, RTS type title while going through different scenarios. You’re tasked with having a specific survivor in the end, but you can utilize whatever department you see fit in order to read your goal. Players will have to pay attention to the relationships developing within the group their tasked with watching and find the best way to instill fear upon them and take them out one by one with the tech trees of each department (with their own upgrade trees of course). You’ll also to manage the health of your monsters as they reek havok across whatever map you’re placed on.

RTS titles aren’t scarce at all, but one of this nature could usher in a new era for the horror themed titles and maybe even for RTS games in general.

A Nightmare on Elm Street

Yes, I’m well aware, thanks to the AVGN’s hilariously insightful review, of the supposedly awful Nightmare on Elm Street game for the NES. Having never played the game myself, I can’t properly criticize it for being a shoddy platformer. What I can safely assume, however, is that this is not the game that horror and Freddy fans alike were hoping for.

Thanks to the advancement of video game technology, we finally have the pieces needed to faithfully recreate the nightmarish realm where all of Freddy’s victim’s suffer. Mechanically, this hypothetical Nightmare on Elm Street could play similarly to the recently released Alien: Isolation, where players could do little more than hide from the ruthless creature. Instead of is an Alien, however, we have Freddy, and players must somehow hide long enough in an environment that the popular villain knows better than anyone else. Since this is Freddy’s world, players can’t hide forever, and they must do everything in their power to wake themselves up before Freddy skewers them.

As with A Nightmare on Elm Street, The Blair Witch Project has seen its share of video games. While the series was successful enough to complete an entire trilogy, I still think that, thanks to recent trends in survival horror, that any developer could create an experience that is close to replicating the classic film.

Part of what made the witch terrifying is that it never appeared on screen; the film simply goads the viewers into scaring themselves with their own imaginations. This could easily be replicated in a FPA game, where players can explore the woods, hoping to get a glimpse of the creature with their peripheral vision. Developers could either explore one of the many side stories hinted at in the film, or they could tell a story with a new group of naive college kids–the latter of which would give them an excuse to make the game look similarly to a documentary.

This concludes our list on 6 horror movies that would make great video games. Do any of you have any films in mind that could work as video games? If so, please feel free to share your picks in the comments section below. 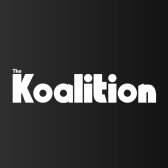