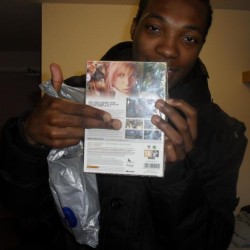 Kieran Blackman If We All Reacted The Same Way, We'd Be Predictable, And There's Always More Than One Way To View A Situation. What's True For The GROUP Is Also True For The INDIVIDUAL. It's Simple: Overspecialize, And You Breed In WEAKNESS. It's Slow DEATH.
Posts by Kieran
Reviews by Kieran