An ambitious sequel that falls short of the mark

The last generation of gaming produced a lot of great, new franchises. Assassin’s Creed is one of those franchises that found its place near the top of the list of most successful games around. Year after year, Ubisoft has been able to produce quality Assassin’s Creed games, and none have been more ambitious than Assassin’s Creed Unity. Ever since its E3 2014 reveal, AC Unity quickly made its claim to be a must have game this holiday season. Unfortunately, it may have fell short of that goal.

AC Unity takes place in Paris in the late 1700’s during the French Revolution.  Players control new series protagonist Arno Dorian in his tale of tragedy that eventually leads to his redemption.  Arno lost his father at a young age due to someone putting a blade in his chest and killing him. Arno is then adopted by one of his father’s associates, François de la Serre, who turn out to be the current Templar Grand Master of Paris. However, Arno is not raised as a Templar. Arno grows up along side Elise de la Serre, the daughter of the François de la Serre and Arno’s love interest throughout the game.

Years later, Arno’s adoptive father is murdered by Templars who want change in the Templar Order, and this in turn leads them to start the French Revolution. Soon after François de la Serre’s death, it is revealed by Elise that a negligent move by Arno helped to end her father’s life when there was a chance Arno could have prevented it from happening.  Arno eventually joins the Assassin’s Brotherhood to get revenge for his adoptive father and to end the French Revolution the Templars have started. Meanwhile, Elise followed in her father’s footsteps and became a Templar, but the current regime of Templars wants her dead.  Elise eventually goes to Arno for help to find out who killed her so she could get revenge. Together, they put aside the fact that Elise is a Templar and Arno is an Assassin, and join forces to avenge François de la Serre’s death.

Storywise, the first few hours of Assassin’s Creed Unity is presented in an interesting way, but once Arno becomes an Assassin he loses his charm and the story does as well. The game’s main antagonist is not shown for much, as he is someone Arno has to discover and work his way up to finding.  Besides Arno’s Assassin mentor, the introduction of other characters in Unity feels brief, minor, or forgettable. Most characters lack emotion and quality to carry the story. By the time I confronted the man who killed François de la Serre, I found myself wondering what connection so many others characters had to overall plot of Unity and were they even needed at all.

To focus a little on Assassin’s Creed’s overarching story, little is done to progress the franchise’s present day storyline in Unity. The man reliving Arno’s life is an individual recruited by a couple of assassins to find the remains of a unique individual who died during the French Revolution. This individual has ties to the first civilization that existed before humanity. If you are familiar with Assassin’s Creed IV, these individuals are called Sages, and they possess DNA that has been passed down from a being of the first civilization. Sages are continuously born throughout history, and they all look like the exact same person with the  ability to access the memories of an original first civilization entity called Aita. The Templars want to find living or dead Sages to use their DNA for science, and the Assassin’s want to keep that from happening. Once the present day mission is explained around the beginning of Unity, not enough time is spent on referencing this storyline; it becomes an afterthought.

Assassin’s Creed Unity shines in the control that you have over Arno. Climbing and running never felt better due to the game’s introduction of the parkour control system. There is a dedicated button combination for climbing up and down, and deaths by accidentally hitting wrong button and unlikely to occur. Read the Koalition’s First Impressions of Assassin’s Creed Unity for more details on the game’s controls.

As good as it feels to control Arno’s movement, the combat system seems to be in need of work.  The game is heavily focused on countering, but no longer has the ability to chain killing combination to take out enemies. This causes combat to feel sluggish, and may be a turn off for a lot of people accustomed to the countering/combat system in previous AC games. Enemies may seem overpowering in the beginning of your Assassin tenure, but a few upgrades later and Unity becomes relatively easy.  The enemy AI is subpar and is no problem at all towards the middle of the game. When spotted by enemies, dashing to the nearest corner is likely to cause them to lose sight of you. Even when surrounded by overwhelming odds, using a smoke bomb is the equivalent of going Super Saiyan. Smoke bombs allow you to escape or fight you way out of any situation. I am not sure if it was intended for the smoke bombs to be used so much in Unity, but you may find yourself using them becomes second nature.

Overall, the mission structure in AC Unity is not bad. There are many side missions that require doing tedious task, but most of Unity’s single player fun come from the final assassination missions of each story sequence. Each sequence ends with one big assassination mission that takes place before you can move on to the next stage. There are multiple options given to players to create opportunities to complete this assassination missions. Having so many choices to reach your target is a nice touch and is reminiscent of Hitman games.

The rest of Unity’s fun comes from joining up with friends to play Assassin’s Creed online. The missions are usually entertaining and are a much needed break from the single player campaign. Some missions require communication to truly be successful, but most people from random matchmaking elect to hack and slash their way to the goal. Assassin’s Creed Unity is at its best when playing a group of people who strategize to complete missions. Things get accomplished the way the developers envisioned them and the potential of Unity as a co-op game is realized.

In total, there are 18 missions that can be played cooperatively in Unity.  Out of the 7 available co-op heist missions, 3 of them are for two players only and 4 of them allow four players. Out of the 11 available co-op story like missions, 5 are for two players and 6 can be played with four players.  Missions can be started by selecting them on the world map or by going to the corresponding icon in game while free roaming. One thing to not is that co-op missions are not available from the start of the game. Unity’s s prologue must be finished before co-op becomes available. Even then, co-op missions have to be discovered by roaming around and synchronizing viewpoints in order to have them unlocked on the map. This is definitely a turn off for someone who wants to pick up the Unity and immediately begin playing everything online without hindrance.

Outside of actual gameplay and co-op mechanics, Assassin’s Creed Unity feels like an incomplete game. I encountered numerous glitches ranging from getting stabbed by invisible weapons, random items floating in the air, character slow down from too much happening on the screen, and other minor things. I was even able to defeat the last boss of the Unity by using a perk to called disguise which is intended for large crowd situations. Disguise allows you to temporarily look like whoever the nearest person next to you is in order to escape or to sneak up on enemies. The disguise perk worked too well, and I made myself look like the last boss. By simply walking up to the boss disguised him, he was unable to defend himself from the continuous blade to the chest I delivered to him. I imagine the developers didn’t think about trivial things like this occurring, but the entire game is constantly filled with moments that show Assassin’s Creed Unity was not ready to be released to the public just yet.

Combine Assassin’s Creed Unity’s unfinished feel with its attempt to use micro-transactions, and it goes down hill from there. Also, there are chests located throughout Unity that are locked and require you to play the Assassin’s Creed Unity Companion App on your smart phone.  Even more chest are locked and can only be acquired by achieving a certain rank in what Ubisoft is calling ‘Initiates’. Initiates in a ranking system that gives you points and level increases based on the number of Assassin’s Creed games you played and things that you accomplish in each games. As of now, Initiates has not opened most of the tasks in Unity needed to level up, but the locked treasure chest are still around to haunt gamers. What’s upsetting is that there is no option to turn off the visibility of those locked chests on the mini-map. Seeing the locked chest at every turn because of Initiates and the smart phone app is a great nuisance that kills rapport with Assassin’s Creed Unity and the gamers.

In closing, Assassin’s Creed Unity is an ambitious title that wants to do so much, but ends up losing its appeal. Too many things feel wrong with Unity and the good things are not great enough.  Another year of development and Assassin’s Creed Unity may have been recognized as the pinnacle of the entire series. Instead, I am left wondering where the franchise is going to go from here. If there was ever a time to take a step and evaluate the direction of the series, now is the time to do so. Unity is a decent game in its own right, but it could have been so much more. 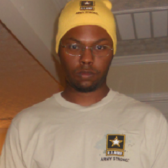