Imagine yourself as a ruler; the leader of an army. Perhaps even the king or queen of a kingdom, ordering the demise of others as you watch your kingdom grow. Feel the power of being untouchable. But are you?

Heavy is the head that wears the crown and it’s a crown that many are willing to plot, steal and cheat in order to obtain. At every corner, there is someone waiting. Attacks are planned in the cover of night. Followers are bribed and lands are taken away. Nobodies are transformed into conquers while people of notoriety fall into the lands of the unknown.

I awoke in the dead of night with an idea. I planned to break the peace treaty. To hell with playing nice and forging alliances. I am a ruler, hear me roar. It was 3 am and I was about to reign hell on every sleeping foe. I ordered the attack, my army would march in, slaughter the masses, flee and I would move my House far away from the land before anyone would even notice.

Welcome to Games of Thrones Conquest, the combat strategy game designed after HBO’s popular series. Developed for mobile, the game is the battle of the minds, that lets you build your own House or army, train your devoted warriors in various activities and more. While these are exciting tasks on their own, what makes Conquest truly enjoyable is the ability to forge real alliances with people across the globe, while attempting to keep your house safe 24/7 from bastards like me who are ready to start a fight in hopes of expanding my empire.

From its opening sequence, Conquest feels massive with its well-designed landscapes, waterfalls, armies, houses, animals and more. They even included The Wall. I had to keep reminding myself this was a mobile game and not on console. It’s a breathtaking Game of Thrones virtual depiction where fans can spend time admiring locations from the show, while newbies will be impressed with the level of detail that fills every inch of their screens. There’s nothing like sitting back and admiring a game without even playing. 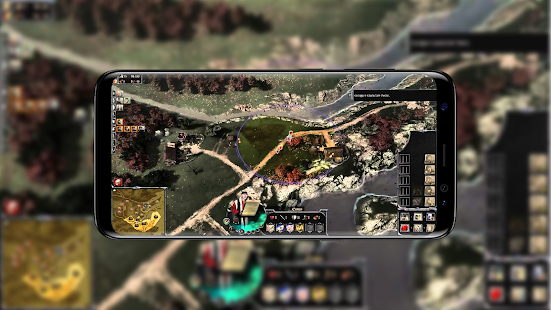 Once you get started you’re greeted by your favorite Game of Throne characters as they shower you with affection and give you a house. The game offers a multitude of design choices that will let you create your own banner the way you like. Unfortunately, Game of Thrones lovers should prepare for disappointment as that’s all the interaction you’ll see from them.

Draped in a medieval fantasy, Conquest is captivating for the first several hours. As you build up your land, tend to farms, sawmills, barracks, and all the usual trappings of a medieval fantasy setting. There’s a ton of things to do that can be both exhausting, exciting and tedious. The real-world time building doesn’t help, as its both time consuming and dreadfully boring. While the game allows you to do other tasks, it hinders how many troops you can deploy to do other actions. As the time slowly creeps forward, you’re often left playing the waiting game.

One of the major pluses is the chat room, which allowed me to spend hours talking to other gamers. Convincing people to join my alliance, break other alliances and more, I was able to communicate with people from around the world with ease. However, for those who are lone wolves, this too can become cumbersome after a while and takes away from the game’s laid-back nature.

While strategies fill me with the happiness of all the opportunities they offer while keeping me mentally sharp, this game is hindered by its lack of originality and creativity. Once the “new game” honeymoon spell ends, Conquest becomes extremely repetitive with all the upgrading that’s needed. It’s also very disheartening to play through simplistic battles that lack the magic and allure of the TV show; more accurately, I wish this game was anything like the TV show.

While Game of Thrones: Conquest is exciting at first, the magic wears off quick to reveal and rather generic game that doesn’t appeal to fans of the show and isn’t strong enough to leave a lasting impression. Despite a healthy dose of free rewards and luscious scenery, the game feels like its still in the planning stages and has a long way to come before its worth the hundreds of hours needed to invest in the game.

This review was based on a digital review copy of Game of Thrones: Conquest for Android provided by Warner Bros. Interactive Enterprises.